A Tale of Two Churches: A Microcosm

“Justice Sunday–Stopping the Filibuster Against People of Faith,” is being staged at Louisville’s Highview Baptist, a church. The name is so similar to my church, Highland Baptist, that they are often mistaken for each other.

Despite the name similarity, these sister congregations would not seem to have been born from the same litter or even the same species.

But we were. Both churches come from a heritage that proclaims God to be real and active in the world. Both seek to be faithful to the well-known line from Jesus’ prayer “Your will be done on earth as in heaven.” And both understand that religious liberty does not ban churches from the public square of influence and debate.

But like so many other siblings, these sisters take different paths. There is a pronounced difference between the “view” and the “land” of Highview and Highland. This difference is a microcosm of today’s religious and political polarization.

Highview Baptist sees a messy world and works to control it by laying out a uniform action plan from a Bible that anticipated and prescribed everything we need to fix the world. (Thus the new “Biblical Counseling” program at Southern Seminary, led by Highview’s Al Mohler, which pits science and psychology against their view of “what the Bible says.”)

It is their calling to impose this plan, perfectly written for anyone to see, upon individuals, churches and denominations, but also, finally, upon public policy.

They know God’s truth with certainty, and those who think otherwise are deceived or deceitful. Thus they seek to save us from ourselves by working to take over every facet of government–from the school boards to town councils to the national legislative and executive branches. Their final frontier: to own the judiciary and to mold it to their revisionist, Christian-nation view of history. In short, to remake America as a Christian theocracy.

Highview’s sister, Highland Baptist, also yearns for a kind of theocracy, not in the form of a Christian takeover, but as a condition in which God’s vision for this world rules the affairs of people and policies. For Highland, Jesus showed that God chooses to work by way of calling rather than controlling, by demonstration of love rather than domination of laws, by God’s justice rather than government’s justices.

Which brings up another difference between these sister churches. Exactly what does Highview mean by “Justice Sunday?” Does “Justice” refer to the judicial system? Or to Supreme Court nominees they hope to appoint? Or to consequences and revenge? Or to the Bible and to God’s justice, which is mostly about compassion and fair treatment for the underdog?

Highland Baptist finds the Bible to be a justice-saturated book. The Bible is not merely a collection of instructions readily transferable to today. God’s revelation comes as a narrative that has a trajectory toward justice to be discerned and anticipated to the best of our limited abilities. It points us in a direction, rather than only giving literal directions.

That is to say, the Bible, like the Constitution, must be translated and interpreted. Biblical justice is finding out what belongs to whom and giving it back to them. It teaches us to relate to each other lovingly, fairly, equally as children of God.

Highland and Highview both advocate on behalf of moral issues in the public square. But Justice Sunday has caused Highview to leap into the partisan political process, and to be associated with erroneous, alarmist assertions about filibusters which supposedly threaten people of faith. In doing so, they have moved beyond the realm of the church’s resources and expertise and into a realm where churches are neither equipped nor permitted to go.

Highview and Highland are still linked as sisters by our witness to Jesus. Our differing paths make for interesting family reunions. But we can’t give up, just as the larger culture of which we are but a microcosm, cannot give up. We are family. 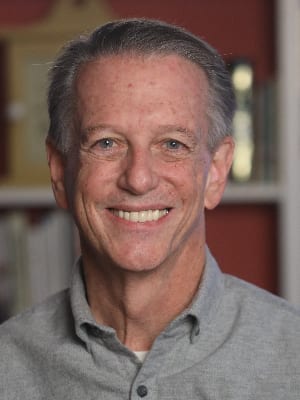 A minister in Louisville, Kentucky, for 21 years as pastor of Highland Baptist Church, Phelps is now Justice Coordinator for Earth and Spirit Center. He leads, along with Kevin Cosby, EmpowerWest, a black-white clergy coalition calling for recognition, repentance, and repair of injustices to black Louisvillians.