I didn’t realize it was strange to some Christians to clap in the middle of a worship service until I was 20.

Clapping was an expression of gratitude common in worship services I attended as a child, especially at Christmas and Easter.

I always understood the clapping to be a sign of gratitude for the experience, but in the churches I visited there was a quiet reverence during worship. An awe and wonder signified not by more noise, but by silence and solitude.

Worship wasn’t about anyone who led the service or led the music. Worship was about encountering creator God who breathed life into humanity and wondering how on earth that could have happened.

Last week, a Memphis megachurch pastor admitted that in 1998 while he was serving as a youth minister he was involved sexually with a minor.

His congregation responded with a standing ovation. Their response didn’t surprise me. I have stood clapping more than once in church and during worship, but something about this story didn’t sit right with me.

While I admire this pastor’s admission in front of a crowd of people, there is something missing.

Calling this a “sexual incident,” rather than sexual misconduct against a minor, alleviates the legal ramifications of this pastor admitting to having committed a felony.

This change of language was not an accident. This was spiritual abuse.

Admitting to something without accepting the full ramifications and consequences isn’t something we should be modeling as ministers.

Instead, this partial admission exerts the power and privilege he holds as the pastor of a megachurch.

This is the spiritual abuse that plagues our society making congregations feel as if they are the judge and juror of the misconduct of pastors, politicians and presidents, rather than our legal system and rather than God.

If there are enough likes, if there is enough clapping, if there is a standing ovation, then the wrong and hurt and pain that has been committed is OK.

It is never OK for a person in power to seek justification from an audience without submitting themselves to the legal process that governs our country.

This situation is an accurate picture of the country and culture we live in.

We applaud spiritual abuse and people using their power and privilege to avoid the legal system because we believe we are the ones who know whether someone is good or bad and whether an act is right or wrong.

“Be careful then how you live, not as unwise but as wise,” Ephesians 5:15 reminds us.

We’re quick to like and love and retweet. We’re quick to applaud when we are entertained and offer standing ovations when something surprises us.

This is what our consumerist culture has taught us. This is what has infiltrated our communities of faith.

It’s up to us to learn the difference between living for applause and living for God.

Merianna Harrelson is pastor of New Hope Christian Fellowship in West Columbia, South Carolina, and editor-in-chief of Harrelson Press Publishing. A version of this article first appeared on Harrelson’s website. It is used with permission. You can follow her on Twitter @MeriannaNeely. 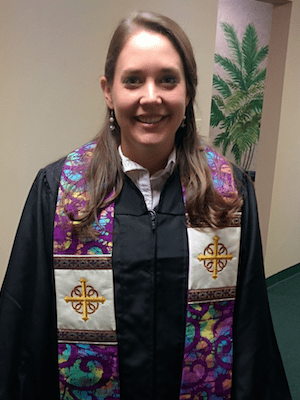