Apply Just War Principles to the Decision About Iraq

Decisions framed in Washington will shape global politics and international relations for decades. The Bush administration has said Iraq’s Hussein regime must go. Our nation no doubt holds the power to bring about Saddam Hussein’s demise. However, we do not live in isolation. Wise advisers advocate that we develop consensus among the family of nations before we unilaterally exert our national will upon other sovereign nations.

In the shadow of World War II, as the Cold War loomed, Christian ethicist Reinhold Niebuhr warned Americans against the insidious danger of unchecked power. This nation obtained superpower status justly, but the absence of balancing power tempts us to abuse our position for selfish national gain. As Lord Acton observed, “Power corrupts; absolute power corrupts absolutely.” And so Niebuhr’s warning applies more acutely today than it did 50-plus years ago.

That is to say, we do well to discuss a war with Iraq before bombs drop and troops march. And we do well to keep the conversation active, even during war, so that we clearly articulate and monitor our goals and methods for reaching them.

Unfortunately, we live in an era when many mistake honest dialogue and sincere questions for disloyalty. Just last week in Dallas, a prominent former political/military figure equated fair questions about the administration’s Iraq policy with support for Hussein. Such thinking reflects more in common with a dictator’s mind control than democracy’s participatory government.

Christian citizens should lead the discussion regarding what to do about Hussein, as well as bin Laden, al Qaeda, Afghanistan and a host of other issues of global concern. With world power comes enormous responsibility. In the past year, we have seen too much of ethical failure in business leaders. The faith community must help guide our nation toward a just and moral approach toward resolving these seemingly intractable challenges.

We should start by determining if war with Iraq is justified. Just war theory, based on the principles of Augustine and applied to conflict for 1,500 years, helps moral people evaluate the appropriateness of war.

It focuses on five ideals:

Just cause. The threat of chemical, biological and nuclear weapons–especially in the hands of a dictator who already has gassed his own people–is a credible threat that would seem to justify strong action. The U.S. administration needs to document the reality of these threats, at least to congressional leaders and other heads of state.

Right intention. If we intend to take weapons of mass destruction away from a despot capable of slaughtering innocent people and sponsoring international terrorism, our intentions are honorable. If we cross that line and exercise vigilantism against a nation–whose citizens may be the dictator’s most pathetic victims–our intentions become less than noble.

Reasonable success. We should not waste human life and economic resources if the goals of the conflict cannot be achieved. Of course, this is a mysterious variable in the equation of any war. Our military leaders promise success in a reasonable timeframe. We must remember war produces casualties and weigh those against the good to be derived from military success.

Proportional results. This may be the most difficult ideal, especially since our tolerance for an “antiseptic” aerial war is much higher than our capacity to endure a conventional ground war. If we claim to be moral, we must not extract a disproportionate toll on the Iraqi population. Of course, all wars endanger civilians. But if we kill multitudes of Iraqi citizens, we may find ourselves in the same moral swamp as our adversary. We dare not think Iraqis are less valuable in God’s sight than our own citizens.

These are the most important issues on the geo-political scene today. People who press for thoughtful answers display patriotic loyalty to the ideal of “life, liberty and the pursuit of happiness” for innocent people around the world. Let us pray for the wisdom and courage to contend for justice, even if we must wage war.

Marv Knox is editor of the Baptist Standard. This column was reprinted with permission. 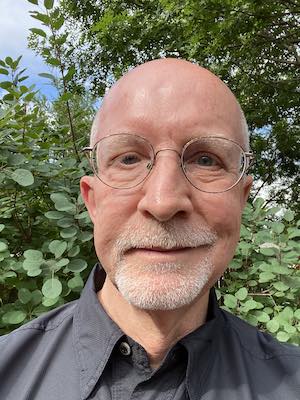