It is becoming a consistent scenario in my work with conflicted churches – anxious congregations overreact to symptomatic issues.
In its simplest form, it involves a congregation that notices that weekend Bible study or worship attendance (or both) is declining. Assuming that this decline means their church is in trouble, desperate measures seem necessary.

Often a move to change ministerial leadership is carried out. Following a bruising internal conflict, the attendance decline accelerates as the church implodes.

Sadly, versions of this scenario are playing out in congregations near you.

It is hard to list all the ways such actions harm the body of Christ and the work of the kingdom of God.

The damage caused to a local community of faith, the lives of clergy and congregants, as well as the future of the church is breathtaking.

Ironically, ignorance about causal factors for such a situation is widespread and pervasive. Key facts that are at the root of the issue are often overlooked.

Take, for example, the decline in attendance. While it may appear to be a foregone conclusion that declining attendance is synonymous with fewer people being active in the life of a congregation, this may not be the case.

I recently helped a congregation examine their attendance records. Over the course of a decade, Sunday morning average attendance had steadily declined.

Much hand-wringing had commenced, and several initiatives to address the decline had been launched.

Those remedies had little positive result, which only served to raise the anxiety in the congregation about attendance.

Interestingly, during that same time, congregational membership had steadily increased. How could this be?

A closer look revealed a previously unseen culprit. While more people joined the church and were blessed by its ministry, the frequency of attendance by those who considered themselves active members began to slip.

Here’s how that happened in this particular congregation. The church grew from 400 to 600 active members over a decade.

Yet, during that period the frequency of attendance by the active members declined from three to two Sundays a month on average.

The net result was that average attendance remained the same for the decade. While 50 percent more people were active and attending due to overall membership growth, these active members attended less frequently.

Thus, the church appeared to be plateaued or declining based on weekly attendance figures alone.

This congregation rightly identified the culprit, and it was not underperforming clergy.

In fact, we made a list of contributing reasons for the decline in frequency of attendance. Here is the list I helped them to compile:

â—     Illness – as people live longer, they are more likely to be seriously ill and unable to attend

Once we compiled the list, we had to admit that this was not an issue that would be solved by scapegoating or simple admonishments.

Instead, it required rethinking how to connect with people and accomplish the mission of the church.

This group immediately agreed upon an obvious truth. They could no longer rely on a simple headcount of attendees at Sunday morning events as the sole measurement of their impact upon people’s lives and the community around them.

New metrics were necessary to fully grasp the breadth and reach of the church.

For example, when they measured the number of people who attended Sunday school over the course of a year, they found a significant growth curve, in spite of stagnant average weekly attendance numbers.

When they began to imagine how they might measure impact, they realized that the ministries they engaged in during the week needed to be included in their calculations.

Rather than being in decline, this congregation was actually growing and expanding.

Gradually, the brewing conflict over declining Sunday morning attendance shifted into a vibrant conversation about engaging the congregation and community outside the traditional confines of Sunday morning ministry.

Such adaptive, “both/and” thinking is at the heart of a healthy, thriving church.

Beware of simple, reactive solutions to the issues facing your congregation. This often creates more issues than it solves.

Bill Wilson is president of the Center for Healthy Churches in Winston-Salem, N.C. 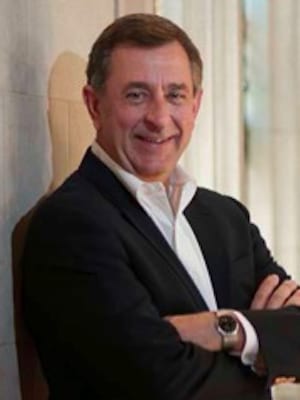 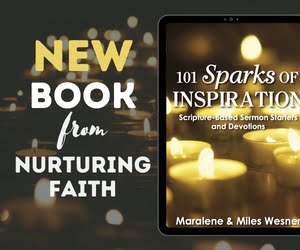