Baptist bloggers have finally begun writing about the war between Israel and Hezbollah after weeks of blogging about Baptists and alcohol, the election of a new Southern Baptist Convention president and a host of personal esoteric issues.

They write with a much different tone than the outspoken fundamentalist preachers, one of whom said on Sunday that a war against Israel is a war against God.

Ergun Caner, president of Jerry Falwell’s Liberty Theological Seminary, said the fighting in the Middle East was “a war against the God of Israel.”

Caner accused evangelical Christians who did not support the Jews as beings “as bad as those who persecute them.”

Jerry Falwell accused Iran of starting the war and rhetorically asked, “So why should be harass Israel for defending their citizens?”

A Southern Baptist pastor, Jim West, wrote that the Israeli military had “killed 30 times more civilians in Lebanon than have been killed in Israel.”

Writing at Petros Baptist Church Blogspot, West said, “However the engagement with Hezbollah turns out, one thing we can all agree on and one thing we can know for certain is that the level of resentment for both the Israeli military…and the American Government (for its blind cowardice in refusing to call for an immediate cease fire by both parties) will be at an all-time high.”

He said the Bush administration was profoundly inept for its “rash action” in Iraq and its failure in the Israel-Palestinian conflict.

On his blog, For God’s Sake Shut Up, Brian Kaylor criticized San Antonio preacher John Hagee, who cited Genesis 12:3 as a proof text for why Christians should support Israel.

The text says, “I will bless those who bless you, and I will curse him who curses you.”

“There is a major problem with Hagee’s comment and it deals with who the ‘you’ is,” wrote Kaylor. “In the biblical passage God is actually speaking to Abram (later known as Abraham). The nation of Israel did not even exist yet. The man known as Israel (Jacob), for whom the nation was named, had not even been born yet. Thus, Hagee wrongly twists Scripture out of context to support his political position.”

Noting that the Hebrew prophets condemned Israel for disobeying God, Kaylor pointed out, “If any of these messengers of God offered similar words today, Hagee and others would likely condemn them as anti-Israel, anti-Semitic and un-Christian.”

Kaylor stopped short of saying Israel was “completely wrong” or that Hezbollah was “correct.”

“We must seriously consider the current conflict and be willing to condemn any and all who wrongly take innocent human life. No one—not even Israel—should be given a pass,” he said.

Laura Seay said that as a Christian she did not understand why the American government was standing by while innocent civilians were being killed.

“Our Lebanese neighbors are hurting. They’ve been beaten up and left for dead on the side of the road. I wonder if we’ll help them by asking our government to push for a cease-fire,” she wrote on TexaninAfrica.blogspot.com.

Shanta Premawardhana, associate general secretary for interfaith relations for the National Council of Churches, USA, encouraged readers of his blog to make a donation to an effort to reprint an advertisement in the New York Times.

The ad, “”Stop the Slaughter in Lebanon, Israel and the OccupiedTerritories,” was placed by Tikkun magazine, whose leader is a rabbi.

“They are hoping to get this ad reprinted in U.S., Israeli, Palestinian and Lebanese media. The timing is urgent,” wrote Premawardhana, former pastor of Chicago’s CornellBaptistChurch.

Pastor Tripp Hudges, an ordained American Baptist minister, blogged about how dangerous it was for Lebanese.

Writing on AngloBaptist Blog, Hudges noted that those killed by Israeli air strikes in Qana represented two families with many children, a 95-year old member and two members in wheelchairs. He said they could not afford evacuation.

He asked, “Is it just too far away? Do we not care? Are we just tired and overwhelmed with information?”

Cross said that he thought that “we should take the war to the terrorists and deal with them very harshly, but the reality is, for every action we or Israel take, the hatred towards the U.S. grows.”

Robert Parham is executive director of the Baptist Center for Ethics. 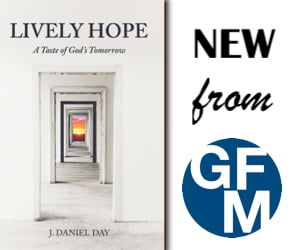