Baptist Women and Temperance: A Look at the Movement

“Don’t drink, smoke or chew, or go with girls who do.”

The social ethics of many Baptists have revolved around “total abstinence” or “teetotalism.” It was that way at my Baptist house. Of course history is not so simple.

Baptists in America have not always been shy about social drinking. The earliest Baptists of the 17th century drank wine at meals and social events. Colonial Baptist evangelist and religious liberty advocate, Isaac Backus, carried rum in his saddlebag.

In 1798, the frontier South Elkhorn church in Kentucky pledged 36 gallons of whiskey as part of the salary of their pastor. One of the charter members of the faculty of Southern Baptist Theological Seminary, theologian James P. Boyce, owned a wine cellar and died of gout.

In American Christianity, the temperance crusade began with a Congregationalist minister, Lyman Beecher, in the 1820s. Soon temperance societies developed that attacked moderate or social drinking. The movement stalled before the Civil War, but was renewed later primarily by the efforts of women.

The most notable organization was the Woman’s Christian Temperance Movement, founded by a Methodist, Frances Willard, in 1874. Baptist women originally hesitated to involve themselves in the WCTU because it advocated woman’s suffrage in addition to temperance.

Some women, such as Martha Wilson, the first executive secretary of the state mission organization in Georgia (1880s), supported the WCTU. Some Alabama Baptist women said that supporting the WCTU was indeed a vote for temperance, not necessarily a vote for suffrage.

The Woman’s Missionary Union, auxiliary to the Southern Baptist Convention, advocated temperance early. In 1891, the three-year old organization adopted a resolution favoring temperance and in subsequent years pushed total abstinence from alcohol more than any other social issue.

The WMU supported the passage of the 18th Amendment in 1919 and then supported the continuation of Prohibition before it was repealed in 1933.
Throughout the 20th century, the WMU worked to keep counties “dry” and to educate youth about the dangers of alcohol. In 1956-57, the “Christian and the Alcohol Problem” was WMU’s theme.

During the early 20th century, many WMU members were also members of the WCTU. While no national WMU officer was also a WCTU officer, some state workers such as T. P. Bagby of Virginia and J. L. Mims of South Carolina, served as officers in both organizations. Mary Gambrell helped found the WMU of Mississippi in 1878 and then started a WCTU group in the city of Corinth in 1883.

Then and now, Baptist women have found ways to lend support to worthy causes.

Doug Weaver is professor of Christianity and chair of the religion and philosophy division at Brewton-Parker College in Mt. Vernon, Ga. 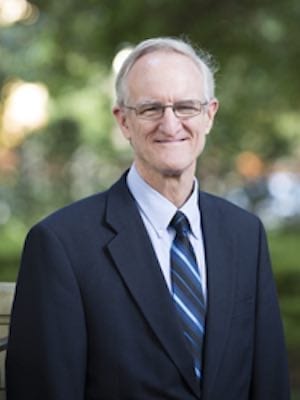 Doug Weaver is Director of Undergraduate Studies and Professor of Baptist Studies in the Department of Religion at Baylor University in Waco, Texas.