Editor’s note: This is the second part of a two-part series.

Judge Ken Starr has not been noticeable in the Baptist community. From his youth, he has been a part of the Churches of Christ, a historic adversary tradition, particularly to Texas Baptists (Baptists and Churches of Christ disagree vehemently on baptism). In California, as dean of Pepperdine Law School, a Churches of Christ institution, he attended but was not a member of University Church of Christ in Malibu. He retained his membership at McLean Bible Church in metropolitan Washington, D.C.

Here’s some background on that congregation. McLean Bible Church was founded in 1961 by J. Albert Ford. Pastor Ford taught at Washington Bible College and was a dispensationalist, one who believed in a comprehensive theological system that distinguishes how God works with Israel, the church and Gentiles in honoring a series of covenants.

Dispensationalism has been historically popular among Brethren churches and evangelicals who interpret Bible prophecy more or less literally.

Ford was also a radio Bible teacher who is recalled as pro-Israel and inclined toward a multiple eldership style of local church polity. From its beginning, McLean Bible Church has been associated with Washington Bible College and its graduate division, Capital Bible Seminary.

Numerous Washington Bible College teachers were trained at Dallas, and its fidelity to dispensationalist ideals has never been in doubt. The college has helped to nurture its loyal following in the dispensational fold and its network includes congregations in New York, Ontario, Pennsylvania, Virginia, Maryland, Delaware and West Virginia. The congregation describes itself as nondenominational, which has historically meant they are not denominational, as compared to interdenominational or ecumenical churches. The polity of these independent congregations is generally a combination of presbyterial and brethren styles, stressing the independence of the local church.

In their early years, nondenominational congregations like McLean were somewhat socially marginal, catering to an informed fundamentalism. But, with the Reagan Revolution and the great migration of new conservatives to the nation’s capital, McLean Bible Church took on a new life. Northern Virginia was a residential mecca, especially for Caucasians.

For three decades, the driving impulse of McLean Bible Church has been Pastor Lon Solomon. Solomon, a tidewater Virginian and ethnic Jew, was educated at the University of North Carolina at Chapel Hill, where, as he tells the story, he was a chemistry major, a drug dealer and an addict himself. He was converted through a lay worker and turned to theological studies.

Solomon is a graduate of Capital Bible Seminary, where he majored in Old Testament studies. He was much influenced by his seminary professor and dean, Homer Heater, who subsequently went to Dallas to teach Old Testament and returned to be president at Washington Bible College. Heater hired Solomon to lecture at Capital Bible Seminary while Solomon took graduate studies.

A second major influence on Solomon was John Henry Mulholland, professor of theology at Capital Seminary for decades. Mulholland was a Dallas-trained dispensationalist, who fostered the development of independent Bible churches in northern Virginia.

Solomon himself followed a well-traveled road among dispensational Old Testament scholars in attending Johns Hopkins University where luminaries like Merrill F. Unger and Charles L. Feinberg had studied under the venerable William Foxwell Albright. Solomon ended his education with a master’s degree (contrary to reports that he received a doctorate) and was later recognized with an honorary doctorate for his ministry at McLean Bible Church by Jerry Falwell at Liberty University. In 2008, Solomon returned to Liberty and Thomas Road Baptist Church to lecture on one of his specialties, biblical inerrancy.

Churches like McLean Bible Church offer a comprehensive “Bible” approach to church, ministry and ethics. Solomon’s emphasis upon evangelism has produced impressive results: the home congregation in McLean numbers 3,000 to 4,000 members at its central multimillion dollar campus, with “streamed” congregations meeting around the Washington metro area under staff pastors accountable directly to Solomon.

His total outreach, including the internet, is 13,000 per week. Bible preaching on prophetic truth, Bible classes for all ages and small groups all exist within the framework of a statement of core beliefs that includes biblical inerrancy, believer’s baptism by immersion and a Calvinistic interpretation of the Lord’s Supper.

As one peruses the various pages on the church’s Web site, the staff includes several who attended Dallas Seminary as well as Southern Baptist seminaries since the resurgence. The McLean missions program supports a selection of missionaries sponsored by agencies as diversely evangelical or fundamentalist as Intervarsity and Baptist Mid-Missions.

The church is governed by an eldership that is male-exclusive and again Dallas Seminary oriented. Solomon’s picture is on most pages of the Web site, and there are those who refer to the church as “Solomon’s Temple,” though Solomon dismisses this caricature. Washington Post writer, Hanna Rosin, in 2002 referred to McLean Bible Church as a “cult of charisma.”

Historically, the presidents of Baylor have been members at First Baptist Church, Waco, which could be an interesting choice for the judge. It is not pastor-centered, it supports women in ministry, and it is the mother congregation to the George W. Truett Theological Seminary of Baylor University.

Judge Starr is entrusted with carrying Baylor beyond “2012” and deeper into organized evangelicalism. He may be well-advised, though, to find a legitimate tutor in Baptist life and thought; his Baylor handlers claim he affirms strongly the Baptist doctrines of soul competency and the priesthood of all believers, “cherished in the Baptist community for over 400 years.”

Any student of Baptist history knows that both of these terms actually belong to E.Y. Mullins, and their Baptist usage can be traced to the late 19th century Landmarkist influences on Mullins, who was then president of Southern Baptist Seminary.

Starr probably should quickly hire an effective director of church relations to maintain Baylor’s ties to Texas Baptists because in himself he does not – yet! – incarnate Baptist ideals.

Part One: Baptizing Evangelicalism into Baylor 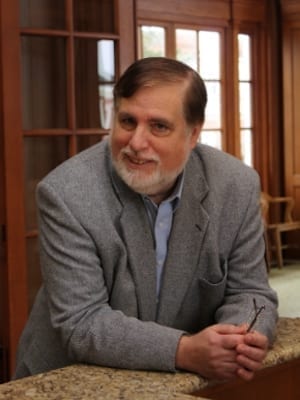