It’s hard not to admire Billy Graham. From the time I watched his televised crusades with my great-grandmother back in the early 1960s until now, I have appreciated his earnest faith and evangelistic zeal. When I became old enough to be aware of such things, I applauded his fine example of financial integrity and accountability. I’m sure he’s lived well enough in his mountain retreat all these years, but he never exploited his popularity for personal wealth.

I haven’t appreciated all of Graham’s actions: the way he insinuated himself into Southern Baptist Convention politics, for example, never attending but occasionally sending letters to endorse a fundamentalist candidate or affirm some convention action.

The major thing that bugged me about Graham, however, was that he lived in Montreat, N.C., but maintained his church membership at First Baptist Church of Dallas, Texas. He first joined there in 1953, when firebrand Wally Criswell was still early in his pastorate and Graham was conducting a crusade in the city. This month, Graham finally decided to join a church closer to home — in Spartanburg, S.C., where his friend and associate Donald Wilton is pastor.

But, Spartanburg is still 60 miles from Montreat, while the 90-year-old Graham is largely infirm and rarely leaves the house. He’s close enough to watch services on TV and for the pastor to visit and minister to him occasionally, but in no position to help the church in any way but through his reputation and his tithe.

I was raised with the belief that faithful believers should be actively involved in a local church. In my childhood church and the first I served as pastor, we followed the traditional “Church Covenant” that used to be printed in the back of the Baptist Hymnal. After affirming various aspects of holy living and mutual support, the covenant closed with “ When we remove from this place, we engage as soon as possible to unite with some other church where we can carry out the spirit of this covenant and the principles of God’s word.”

I grew up believing that was important, and when I became a pastor, I believed it even more. Christ followers serve Christ best when they are actively involved in a local community of faith where they can both contribute to and receive from the ministries of the church — and worship in an environment of accountability. Long distance church membership typically leads to inactive Christ followship.

Maybe Billy Graham could remain an active and devoted Christian while remaining aloof from the churches in his community, but in doing so, he has set a poor example for those who can’t. 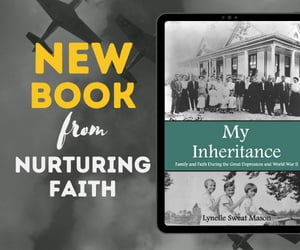