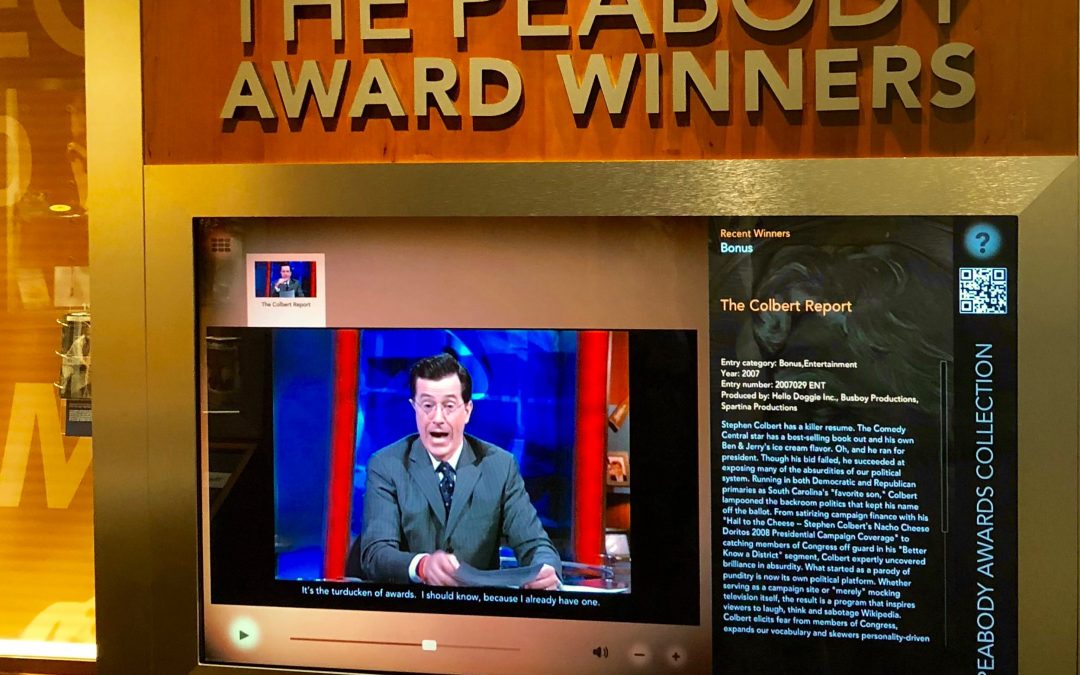 The Nurturing Faith Board of Directors and guests enjoyed a tour of the Peabody Awards exhibit/archives at the University of Georgia yesterday. The award — housed at UGA’s Grady College of Journalism & Mass Communication — has honored the best in the electronic media since 1941.

The Special Collections archives preserve the historic record of this award — and the development and influence of the electronic media industry since the days of radio.

Archivist Mary Miller gave our group an insightful tour and concluded by asking how what we experienced related to the publishing ministry of Nurturing Faith.

Director Frank Granger noted that interviews have played a major role throughout the growth and effectiveness of electronic media.

He added that Nurturing Faith often features interviews that provide insights in ways other approaches may not.

Mary told of the archives receiving a collection of family films from Pebble Hill, a hunting plantation near Thomasville, Ga. Included was a 26-second clip of African-American workers playing baseball around 1917, believed to be the earlier film of its kind.

She noted the fragility of film and the importance of having old recordings transferred and preserved.

Her warning stirred me to dig out the mini-cassettes from interviews I’ve done over many years — such as one in which President Carter shares how he prepares to teach Sunday school each week — and get them transferred/transcribed for future benefits.

The Special Collections Library at UGA is open to the public and worth a visit. If for nothing else, one should see the impressive collection of microphones used in historic and evolving ways.

Among the winners of the George Foster Peabody Award last year were: Carol Burnett for Lifetime Achievement, and Institutional Awards to 60 Minutes and The Fred Rogers Company.