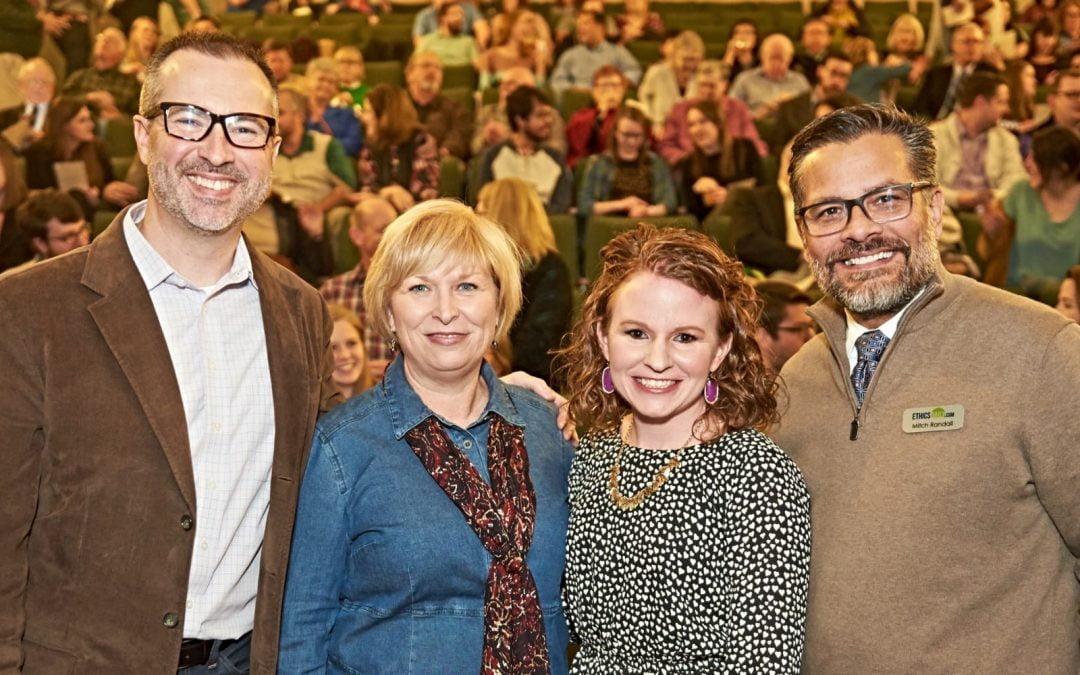 The first short documentary in a series produced by Baptist Women in Ministry and EthicsDaily.com premiered Friday, Nov. 16.

Calvary Baptist provided an informal reception, which preceded the first public screening of the 20-minute film.

“I’ve observed Mary Alice in so many places of service and seen her lead and love people, and I knew that she would be the perfect pastor for our first film,” said Pam Durso, executive director of Baptist Women in Ministry, in commenting on why Mary Alice was the first female pastor featured in the series.

The premiere was followed by a question-and-answer session with two panels facilitated by Jon Singletary, a member of Calvary Baptist featured in the film.

“It felt incredibly vulnerable,” said Mary Alice, in reflecting on the filming process. “Several people have said, ‘You’re so brave for agreeing to do this.’ The reality is that I’m not; I just didn’t know what I was signing up for,” she quipped, drawing laughs.

Mary Alice said that, during principal filming in August, she was in the middle of a sermon series on “paying attention.”

She said that, as she reflected on the shoot after producers left, she was processing her feelings of being overwhelmed by the focus on her.

She told the audience that she recalled thinking, “All weekend long this group of people had been paying attention to my life and my story, and that is a sacred and holy thing, and that helped me really reframe it.”

The short documentary on Birdwhistell – available on Tuesday, Nov. 20, to stream online for free at BWIM.info and EthicsDaily.com – is the first in a multipart series announced this summer during BWIM’s 2018 annual gathering.

Congregations and organizations are encouraged to share the film via social media and embed it on their websites.

During the first panel discussion, Randall shared the impetus for him reaching out to Durso in early 2018 about jointly producing this series of films.

Reading the State of Women in Baptist Life report in June 2015 ago offered him a shocking wake-up call on a disconnect between belief and practice in moderate-to-progressive Baptist life.

“While we believe in women in ministry, the evidence [in the BWIM report] suggested that we were not giving women an opportunity to serve in the local church, particularly as senior pastors,” he said.

Doug Weaver, a Calvary member featured in the film who was also on the search committee that called Mary Alice, echoed these sentiments.

“If you start saying, ‘I have to have a pastor with a lot of experience’ … you are automatically excluding women in your pool. You need to know this. If a church ever says, ‘We’ve got to have a lot of experience,’ you’re not going to look at a woman,” he said. “If we had taken that position, we wouldn’t have Mary Alice and it would have been the biggest mistake we ever made.”

The second installment in the series will feature Tonya Vickery, who attended the Waco premiere.

Vickery co-pastors Cullowhee Baptist Church in Cullowhee, North Carolina, with her husband, Jeffrey. The film will be produced and distributed in 2019.

“Most churches do not have a single conversation about hiring a woman because there is little chance that this enters their imagination of what God might be calling them to consider,” observed Singletary, dean of the Diana R. Garland School of Social Work at Baylor, in an email encouraging fellow church members to attend the premiere.

This BWIM-EthicsDaily.com series “addresses the need to expand opportunities for female ministers and that provides churches and faith-based organizations with a new resource to advocate with and for women called to Christian ministry,” he said. “All of this is focused on their desire to highlight progress in shattering the stained-glass ceiling for women in ministry.”

Online donations to support this ongoing project can be made via EthicsDaily.com or BWIM.info. Please include a note designating your contribution to “Women in Ministry Short Doc Series.”

Donations by check, with the same project designation included, can be mailed to EthicsDaily.com or BWIM: