For Christians, Racial Reconciliation Is More Than a Habit of the Heart

In order for racial reconciliation to be an act of discipleship, white Christians must start at the ethical beginning, that place where we learn what sin is by learning of Christ’s grace: worship.

Although I believe Bennett is wrong, I must admit at times since the election I’ve had the same thoughts. In fact, these thoughts are part of my own racism. I have been trained as a white American ”and as a white Christian in America ”to see racial advantage and disadvantage in individualistic terms. So thorough and deep is this formation that sometimes I believe against what I know and have experienced. “Mr. Obama,” I tell myself, “did it! He exerted the individual will to rise above the individual prejudices of many voters, and voters exerted the individual wills to overcome their own prejudices.”

This attitude is partly right, but it is mainly wrong! Though Obama’s achievement indicates a shift in American attitudes, it cannot be just one more reason for white people to say, “Look, the social playing field is now leveled, the races are equal, and we are reconciled.”

In other words, racial reconciliation is not simply a matter ”to borrow from the title of sociologist Robert Bellah’s book ”of a “habit of the heart.” Whites and blacks, and specifically white Christians, must be more vigilant than that, even as Obama’s presidency seems to point to a significant moral stirring in the American public. Good intentions pave the road to hell, the saying goes.

Racism, while certainly being an individual prejudice based in race, is much more than that. Racism, say some like Joseph Barndt, is prejudice plus power. Yet I believe this understanding to be incomplete, for it fails to recognize the structures that lead to advantage and disadvantage along racial lines. This social advantage or disadvantage is the essence of racism.

For example, Christian ethicist Traci West documents in Disruptive Christian Ethics how the EPA often enforces higher environmental penalties on energy plants near white communities than near minority communities. This discrimination occurs not because the EPA is racist, nor because the white community that benefits is racist, but because the white citizens’ interests ”including their health ”are given governmental priority for systemic reasons. White communities generally have more social assets to throw at a problem, assets historically gained through white advantage, and the consequence is advantage along racial lines.

Similarly, Miguel de la Torre notes in his Doing Christian Ethics from the Margins that few students of color have colored parents who attended Ivy League institutions due to widespread racist admissions policies over the last centuries. Though institutions like Harvard, Yale and Brown presumably are not racist, they nonetheless participate in privileging white students through legacy admissions, guaranteeing a chain of white alumni through generational, familial affirmative action.

In addition, Barndt tells us in Understanding and Dismantling Racism that many businesses close their branches to poor minority communities for financial reasons. Black families earn 60 percent of what whites earn and own nine percent of the assets that whites own. They’re bad financial risks. Whites seem to benefit from greater access to broader markets and better, healthier stuff, and this we attribute to individual successes. Yet, the great discrepancies in income and assets between whites, blacks and Hispanics are direct products of decades of generational exclusion from the American dream.

As devastating as these structures can be to the well-being of non Euro-American families, the white is quite possibly the most powerful racial structure, often bundling these privileges in one social setting under a theological justification. Consequently, I want to suggest that in order for racial reconciliation to be an act of discipleship, white Christians must start at the ethical beginning, that place where we learn what sin is by learning of Christ’s grace: worship. Here are a few suggestions.

First, Euro-American churches should pay attention to their liturgy. Following Traci West, when the response “This is the Word of God for the People of God” is declared after reading scripture, we should reflect on how those words ordain the cultural privilege of the congregation rather than disturb it. We should ask, “Are we creating a norm for being God’s people?” and “Is that norm identified through the advantages we have by being white?”

For example, when we whites sing the spiritual’s words “Let my people go,” we acknowledge that we were once Pharaohs to black Christians, but at the same time we are comforted because God liberates Pharaohs as well. Yet, when we sing hymns like “Fairest Lord Jesus,” we forget that the original singers ”the crusaders ”sang the words “ruler of all nations” as they marched to force this loyalty on Muslims through war. Disgusted by a theology that tolerates slavery, we unwittingly confess a theology of divine victory, or of divine protection, or of righteous purity without seeing ourselves as the conquerors, injurers or defilers. Can we reconcile our blindness?

Third, white churches must remember that financial stewardship often perpetuates the sin of structural racism. The giving of financial gifts can be a strong reminder that we have not merited our incomes, perhaps because we gained a privileged education and subsequent employment as legacy alumni or because we were lucky to be born on the “wealthy” side of town. Yet, we leave these questions unasked. Likewise, when we raise money during capital campaigns, we often fail to acknowledge the matrix of privilege that often enables our capital campaign in the first place. Credit scores, property values, revenue power, zoning and restrictions influence, connections with architects, contractors and labor ”all of these elements can be, and probably are, fashioned in a history of racial advantage and disadvantage in the United States.

I’ve often found myself caught up in a web of theological and social assurances embedded in the worship practices of many of the traditional white churches I’ve attended. Though I’ve befriended both beautiful and humanly messy people who loved God in each setting, each church has reinforced my racial privilege. This means I have to work extra hard ”as a white citizen and as a white Christian ”to be faithful to the reconciliation wrought by the reign of God in Jesus Christ. And yet, continuously I fail by the grace of God? 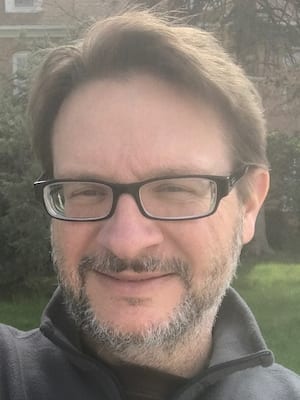 Andy Watts is professor of religion at Belmont University in Nashville, Tennessee.