Friendship as Antidote to Loneliness – Part 2

Pursuing romance is easy compared to the pursuit of friendship.

That’s an important observation drawn from my four decades as a pastoral psychotherapist.

In America, few people marry whoever just happens to show up in their lives. They date and court, and by and large, they are pretty picky about who they say “I do” to.

Yes, many marry before the butterflies have passed – that is, while they are still “head over heels in love” – but the smart ones have done quite a bit of experimentation “researching” what kind of partner they want, and even then, they seek premarital counseling “to make sure.”

But who really researches what kind of friend they want?

Pursuing friendship is not easy. It is effortful. It takes time and intelligent practice.

You may feel drawn to someone and suspect that you could develop a long-term, even a lifetime friendship, with this person, but then begins the journey that may lead to accord, but maybe not.

Many people never begin that journey. That is why a person may go through life with no unity, no “of one accord” relationship with anyone, ever – not with a parent, sibling, spouse or friend. I’m sad to say I have known such people.

A person never grows to full maturity in isolation. Thus, while we are not all necessarily meant to marry, we are all meant to have in our lives at least one deeply meaningful relationship (hopefully, more than one).

How to describe it? Words like “same wavelength,” “camaraderie,” “communion” begin to get at it, or the Spanish “simpatico” or Latin “caritas.”

Bless the ancient Greeks who had six words, maybe even seven, that we lump into the balloon word “love.” Philia comes the closest to what I am talking about here.

It is more likely to happen between two people for whom there is no other relationship except the sacred bond made in the covenant of friendship.

I like what Sam Keen says in his book, The Passionate Life.

“Friendship exists as a sanctuary situated between the private world of the family, the ambiguities of sexual love and the public world. Friendship is a sanctuary because within it we may be more than, and different from, the destiny we must wrestle with in the family or the roles we must assume to enter the contractual order of civility,” he writes. “With my friend, I am neither parent, nor merchant, nor citizen. I am uniquely myself. The value of friendship lies in its exemption from the rules of usefulness.”

So how does one go about getting a highly satisfying relationship exempt from the rules of usefulness?

The first step to solving any dilemma is recognizing it. Naming it. Owning it.

The woman who called Landgraf Retreats for help with her marriage was saying, in essence, “We are spouses and lovers who have a good, practical mating arrangement that works for us. But friends? We are not.”

Some American marriages break over this.

In other world cultures, people marry for different reasons than we do. In America, many of the idealistic expectations we project upon marriage are simply unsustainable, including “If I can just have you in my life, I will need no other friends.”

Back to the pursuit of friendship. Don’t friendships just either happen or not? No.

In the Judeo-Christian tradition, “David and Jonathan” bonds are never coincidental: “Jonathan made a covenant with David because he loved him as his own soul” (1 Samuel 18:3).

That didn’t just happen. Both David and Jonathan devoted themselves to making it happen. And for what it’s worth, men are, by and large, inept at making friends.

After many a year, I’m still working at it, still an amateur, methinks. Women do better, but I have known women without friends too.

In the third and final part of this series, I will share some of what I’ve learned, in the form of a modest recipe for “friendmaking.” Perhaps it can help you transform some of your pandemic losses into gains.

Your personal formula for friendmaking may differ from mine (I hope it does; by all means be inventive, idiosyncratic!) but as food for thought, I will elaborate three ideas that have worked for me, in six key words: Make Room; Act Locally; Science + Art. 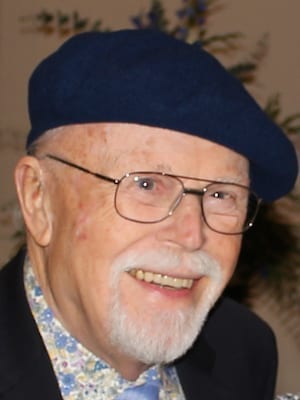 A minister (American Baptist), pastoral psychotherapist and consultant, Landgraf, with his wife Laura, co-leads retreats for couples and individuals. Laura also has a mission of her own as an author, activist and speaker.