I’ve only seen one episode, but from the very beginning there was something off-putting about the show.

I have to admit, though, that it hooked me. I watched until the end, I couldn’t look away, and I’m ashamed.

“The Wall” appeals to what’s worst in us, and it reveals a fundamental flaw in U.S. society.

The general idea is that deserving couples – carefully screened to be sympathetic contestants, of course – have a chance to make their dreams come true by winning millions of dollars.

The whole show is driven by the idea that money has the power to change your life.

Admittedly, that’s been the central premise of every big-money game show to precede “The Wall.”

It’s also the draw of the lottery and scratch-off tickets. It’s the allure of “Lifestyles of the Rich and Famous” and “MTV’s Cribs.” It’s why we keep up with the Kardashians and the “Real Housewives.”

But in my one episode of watching, there’s something different about this show.

“The Wall” somehow seems more transparent in its idolatry than any of its predecessors.

After watching “The Wall,” any reasonable observer can only come to one conclusion: We worship money and pray at the altar of good fortune.

The show strips away any pretense that there is any other central truth in American society.

And it reveals that we’ve reached a point where most people are willing to acknowledge our collective adoration of money and simply shrug and say, “Yeah. So what?”

What’s wrong with “The Wall”? It reveals that we don’t even know that we should be ashamed of our attitudes toward money.

It is naked, brazen and worshipful idolatry – nothing more and nothing less. And that doesn’t bother us anymore.

You’d be hard-pressed to find a church where people prayed for God to appear as fervently as these contestants pray for that ball to drop in the million-dollar slot.

And on “The Wall,” we don’t even have the decency to hide it.

We’re starting the new year in our congregation with a worship series called “More Than Enough.”

The series will help us remember that while shows like “The Wall” are based on the idea that we all need more, God teaches something different.

So the next time you watch “The Wall,” don’t let the idolatry wash over you unnoticed. And ask yourself at which altar you pray.

“The Wall” presents its contestants with lots of choices, but here’s the only choice that matters: You can’t worship both God and money.

Either you will love one and hate the other, or be devoted to one and despise the other (Matthew 6:24). The choice is yours.

Matt Sapp is the pastor of Heritage Fellowship in Canton, Georgia. A version of this article first appeared on Heritage’s blog and is used with permission. You can follow him on Twitter @MattPSapp. 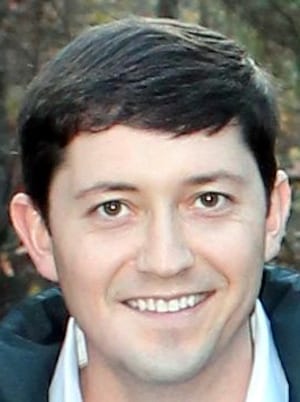