How U.S. Evangelicals Became Their Own Worst Enemy – Part 2 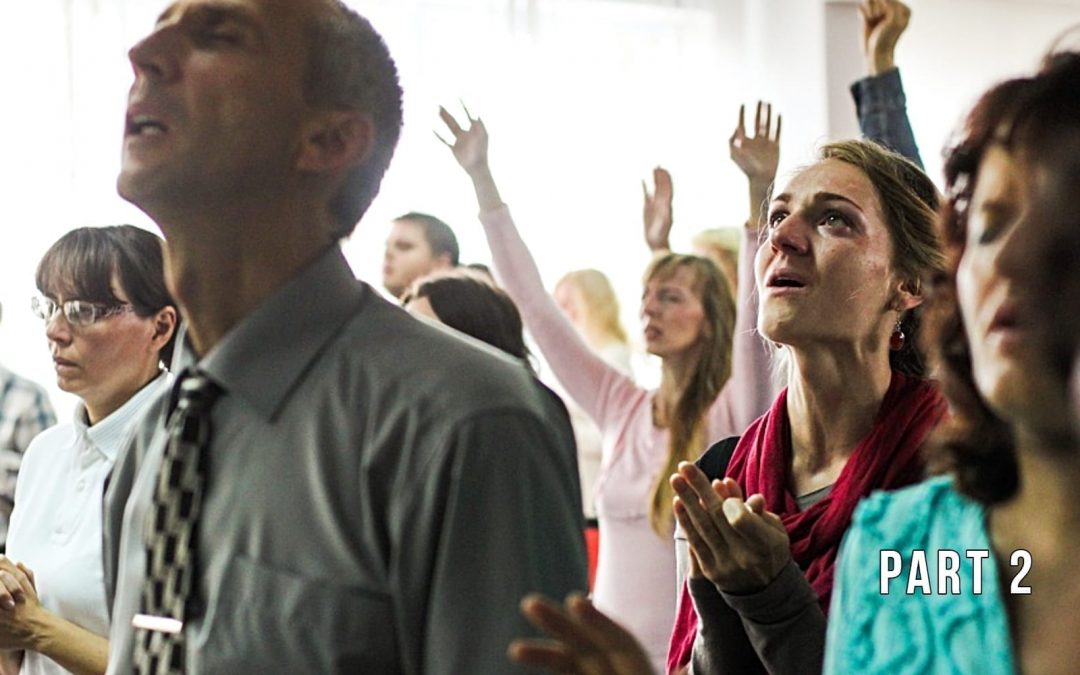 A reaction began at the end of the 1970s within U.S. evangelicalism that reshaped the religious landscape and resulted in fundamentalists speaking on behalf of all evangelicals.

Here are the anecdotes that symbolize (in my memory) the shift that happened seemingly suddenly during the late 1970s and early 1980s – among American evangelicals.

While in seminary during the mid-1970s, I served as a youth pastor at a church that existed on that boundary.

The denomination (of which my uncle was president) was “feeling” the tension of being on that boundary.

As an ordained minister specializing in youth ministry (while in seminary and then later while working on my doctorate), I received monthly newsletters from our denomination’s headquarters. These were aimed at us – youth ministers.

Seemingly suddenly, around 1975 or 1976, the “tone” of the newsletters changed from being mostly positive to being almost solely and wholly negative.

We were to identify evils in American society and steer our students away from them.

I remember one such letter that claimed that evil forces in society were attempting to seduce especially youth into sexual promiscuity using even the new shapes of everyday items, such as deodorants and colognes. I’ll let you figure that one out for yourselves.

The whole focus shifted – toward hating evil people who were hedonists, and those people were almost all the makers and shapers of American culture.

Then, on a completely different level, came the bombshell book, “The Battle for the Bible,” by evangelical leader Harold Lindsell.

It openly condemned as false evangelicals all who defected from the author’s idea of “biblical inerrancy” – naming names and “exposing” this defection from true evangelical orthodoxy.

I had grown up in conservative evangelicalism and never heard the word “inerrancy” before that – except as a term for what fundamentalists believed about the Bible.

Then, one day, I was watching the Phil Donahue Show (a very popular daily talk show like Oprah Winfrey’s but also very different) and saw and heard a leading fundamentalist pastor, whom I knew to be very critical of Billy Graham, attempting to speak for all American evangelicals.

He had shed his “King James Only” and “backwoods” fundamentalist styles and taken on the outward appearance of being a “new evangelical,” but what I was hearing from him was old-style fundamentalism – anger, bitterness, even hatred toward almost everyone who disagreed with him.

Here is one thing I heard him say with my own ears on live radio. He led an “evangelical march” on Washington, D.C., to protest abortion and gay rights.

On the same day, another evangelical leader with a reputation for being progressive socially and politically was leading another “evangelical march” on Washington, D.C., to protest the Reagan administration’s changes to the American economy, especially deep cuts to welfare programs and support of Latin American military dictators.

The two groups stayed apart, but a reporter for PBS asked the first man what he thought of the other one. He said (and I quote), “He is to evangelicalism what Hitler was to Catholicism.”

I knew the man he was comparing with Hitler to be a kind, gentle, caring evangelical. I almost had a car wreck. (I was driving as I heard the broadcast and interview.)

Unfortunately, the man who became the self-appointed spokesman for U.S. evangelicals on the Phil Donahue show – and who dubbed his younger, more progressive evangelical counterpart as comparable with Hitler – became the popular spokesman for American evangelicalism, at least among the national television and radio pundits and journalists.

To make a long story shorter, throughout the 1980s and 1990s a new style of fundamentalism that specialized in being against things began to replace the older new style evangelicalism.

The fear-mongering fundamentalist heresy-hunters and culture warriors rose up and took leadership within the evangelical movement.

People didn’t recognize what was happening because these new fundamentalists, who called themselves evangelicals, didn’t look like the old fundamentalists of the 1930s and 1940s. But to anyone who listened closely to their rhetoric, they sounded like them.

Now, don’t get me wrong. I think U.S. culture has become decadent, even hedonistic. There is much to decry.

But a fundamentalist is someone who thinks and acts as if even other evangelicals who disagree with them about anything are the enemy.

Now, today, for many evangelicals, if you claim to be an evangelical and believe in climate change, compassion for immigrants, social welfare programs or (God forbid!) open theism, you are a false “evangelical” – at best deluded, at worst a traitor to the “cause.”

American evangelicalism today has become its own worst enemy.

Evangelicals (in the U.S.) have rightly gained a reputation for being against things rather than being for Jesus and the gospel and compassion for the weak and vulnerable people Jesus cared for.

Any hint of “progressive thinking” is condemned as a being “on a liberal trajectory” (as I was accused by America’s most influential theologian – a leading evangelical pastor, speaker and writer).

Today, old-style fundamentalist mentality, thinking and acting out have taken a new form. It can actually be “hip.”

But beneath the surface, it’s still fundamentalism, not “my evangelicalism.”

Editor’s note: This is the second of a two-part series. Part one is available here. A version of this article first appeared on Olson’s blog. It is used with permission.

Roger Olson is the Foy Valentine professor of Christian theology and ethics at George W. Truett Theological Seminary in Waco, Texas. He is the author of numerous books, including “Counterfeit Christianity” and “The Story of Christian Theology.”