We sat around the table asking each other, “How can we address this?”

A relative of one of our anti-trafficking coalition’s committee members had posted an article about a ruse where girls were lured to cars in a mall parking lot and kidnapped. After the abduction, they were forced into the sex industry. They were trafficked.

The misinformation was gathering traction on social media platforms, increasing fear and misguiding parents and caregivers attempting to protect their children.

Liam Neeson and the 2008 movie, Taken, flashes through our minds. In the film, Bryan Mills must rescue his 17-year-old daughter who was kidnapped by traffickers while traveling in France. We ask ourselves, “Is this what people think human trafficking looks like?”

Recently, celebrities such as Tom Hanks and Oprah Winfrey, and businesses such as Wayfair, have been bandied about on social media as traffickers of children.

Followers of a movement called QAnon theorize these celebrities and others are part of a large pedophile ring. Using the hashtag #SaveTheChildren (which was originally used to raise awareness about the organization Save the Children), QAnon is raising the alarm.

Investigation has proven these high-profile people and companies are not involved in sex trafficking of children. Yet, the hype continues.

On July 20, Polaris released a statement that their hotline for reporting suspected trafficking had been overwhelmed with reports sharing information found online about Wayfair being involved in trafficking.

Unfortunately, this will not save most children being trafficked. Why? Misinformation feeds the myths.

Myth: Victims are trafficked by a stranger.

Reality: Most children and teens are trafficked by someone they know: a parent, relative, friend or acquaintance.

For younger children, innocence keeps them from having their guard up against such horror. They are simply not able to recognize it or stop it.

For others, grooming is a term that is used to describe how a child or teen is encouraged to trust, like and even love a person. When the trust is established, the child or teen is over time coerced or manipulated into being trafficked.

Myth: Victims are trafficked to other states or countries.

Reality: In the case of the movie, Taken, smugglers intend to auction off Mill’s daughter and send her away. In the U.S., children who are trafficked are often trafficked near their home: a hotel, another house, a truck stop or online.

Reality: It is important to note that trafficking is a crime occurring by force, fraud or coercion.

However, trafficking victims do not necessarily look like the pictures of a girl tied up in chains, mouth duct taped.

Many trafficking victims are free to leave their homes, some going to school or out with friends.

While physical restraint is used on many victims, manipulation, threats, control, forced drug intake or a combination of these are the means of control for others.

Myth: Trafficking is for purposes of sexual exploitation.

This invisibility is even more true for children who are trafficked for the purposes of labor. In 2015, the National Human Trafficking Resource Center reported more than 15.8% of labor trafficking cases were minors.

For those of us working to address the issue of human trafficking, we welcome the increased visibility of the issue in the media and among bloggers, as well as the increased awareness of the public.

However, the propagation of misinformation will regretfully hinder children being saved.

We will be watching for the wrong signs. We will be missing the boyfriend who comes out of nowhere carefully cultivating a relationship until he is able to manipulate her into the sex industry.

We will be missing the relative or friend who seems unusually close to a child.

We will be missing the strange comings and goings at a neighborhood house used to stash laborers.

We will be missing what is right under our noses because we will be looking for myths rather than reality. 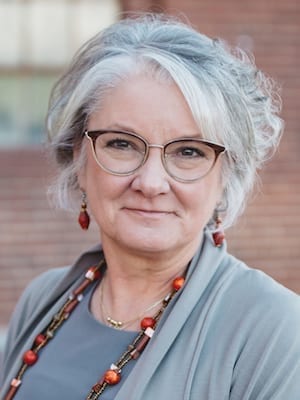 Nell Green, an ordained minister, has served as a career missionary since 1986 in Dakar, Senegal Miami, Florida, North and South Carolina and Brussels, Belgium. Currently serving with the Cooperative Baptist Fellowship in Houston, Texas, Green ministers to the needs of refugees helping them resettle, providing educational programs, and social entrepreneurship. She partners with various agencies to raise awareness about and prevent human trafficking.