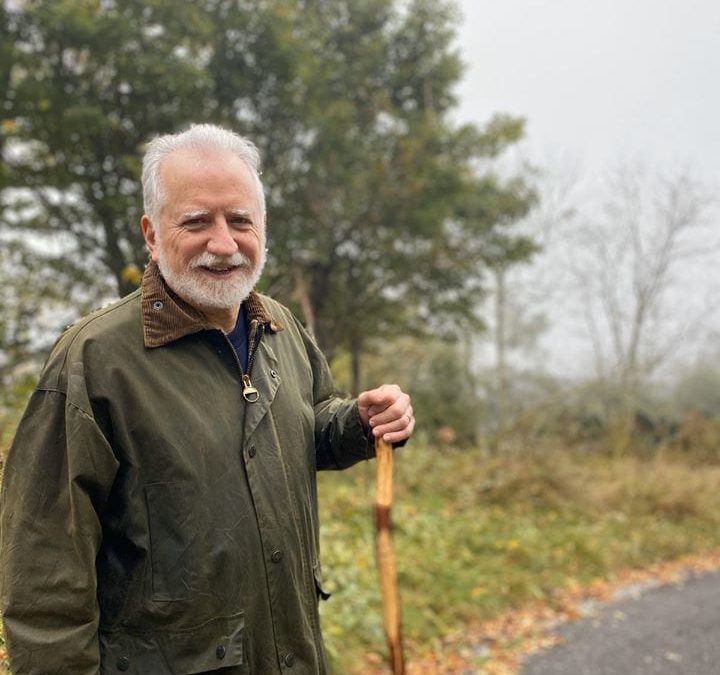 Mitch Simpson has announced his retirement from the pastorate of University Baptist Church in Chapel Hill, N.C. He’ll wrap things up with a March 1 celebration.

I knew about Mitch long before I met Mitch. Boy, did I know about him.

Upon entering seminary, I assumed a youth ministry position at a church in Durham, N.C., where Mitch had long served in that role during his divinity school years. He clearly set a standard for how all-things-youth were to be done.

“Mitch would have a circle hug…” I heard, when ending a youth gathering in a non-embracing way.

“Mitch didn’t do it that way.”

“Mitch would take us to…”

I got so tired of hearing about Mitch — and concluded that whoever this Mitch guy was, I hated him.

A couple years later — while at a mountaintop softball field at Ridgecrest Conference Center — I ran into a member from that church. We chatted just a bit and then he asked, “Have you ever met Mitch Simpson?”

Oh, that Mitch, I thought.

Mitch was doing Ph.D. work at Florida State University at the time and we were attending the same summer student conference in Western North Carolina. He seemed to be way too decent of a fellow to be despised.

Many years later during my editorship and Mitch’s long-term Tar Heel pastorate we became acquainted — and have swapped stories and enjoyed laughs emerging from a shared, but not overlapping, congregational history.

(Yes, we talked about some of you reading this. But we’ll never reveal whom, or what we said.)

But I don’t hate the real Mitch; in fact, I like him a great deal. He’s the kind of person I’d want for a pastor.

Over the years I’ve published his insightful writings, and he’s hosted me to speak to the Chapel Hill congregation where he has served faithfully for 30 years.

The church we served in succession long ago has now evolved into a renamed, multi-campus mega-church — and Mitch and I have evolved into reflective old men who laugh easily at the past and hold out hope for the future.

I wish you every blessing in retirement, my friend. And someday when reaching that stage in life myself, one thing is for sure: I’ll be interested in knowing “how Mitch did it.”