In Church and Politics, Words Can Hide Insidious Aims

If you want to know if your church believes in democracy, then go to a church business meeting.

Pay attention to who is handing out the minutes, giving the financial report and moderating the meeting. Take note of who is sitting on several committees, namely the finance and worship committees.

Award extra points if they also serve as deacons and/or trustees. These persons may also participate in the worship service weekly. Your eyes are not deceiving you; they have a hand in almost everything.

At first glance, it can look like true commitment. Instead, I invite you to consider that they have a vested interest.

I dare you to test it, and I bet you will be able to tell the difference.

Try to change the worship program, either the physical handout or the service. Suggest that money be moved to the youth budget or that the building be shared with the community.

See how many eyes look around and look down at the floor. Count how many hands are raised thereafter.

Watch how power plays out and listen closely to the words of the pastor. Because no one wants to upset the principal benefactor or a founding member or the person we depend on to do so much at the church.

The truth of the matter is this: most church members don’t want to hold leadership positions, and, as for worship planning, they’d rather watch the paint dry in the sanctuary.

Hands down, it is too time-consuming until their pet project or the pastor is on the agenda. From parking lot meetings to record attendance at the church business meetings, persons show up to vote projects and pastors in and out.

The same can be said for American democracy.

While there is the claim of “liberty and justice for all,” the power to ensure that these promises are kept lie in the hands of a select few.

And if you want to test said democracy, just raise your hand to be counted. Pull a lever that goes against the vested interest of the majority, of those in power and see how quickly those rights can be taken away from me and you.

More than 20 laws in 14 states have been passed to keep American citizens’ hands down.

Seeing these voter suppression efforts after the 2020 presidential election and a failed attempt at insurrection at the U.S. Capitol building on Jan. 6, 2021, I remain dejected.

Because it declares that many in our nation don’t really want all hands in, and, consequently, we cannot refer to America as a democracy. We are not even experimenting with it.

European colonizers didn’t have the right ingredients. Starting with the attempted genocide of the Indigenous population, the kidnapping and enslavement of Africans and the Civil War, the rationale for which continues to be debated, it is no wonder that we are now recovering from four years of blatant political tyranny under the presidency of Donald J. Trump.

Sadly, America is not often on the right side of history.

Instead, we continue to deny it and create more laws that will not keep students from raising their hands to ask questions like, “Why did Texas lawmakers vote to no longer require teachers to present the Ku Klux Klan as ‘morally wrong’?”

It’s likely the same reason for which persons deny that those who stormed the U.S. Capitol did anything wrong.

Because violence against minoritized groups and the seizure of land has historically been justified, especially in service to the myth of American exceptionalism – and by this is meant the exceptionalism of socially colored white people – which is a blatant lie.

Persons are attempting to rewrite history, trying to clean up the dirt and hide America’s hands. But I am so grateful that we can compare notes with Nikole Hannah-Jones’ 1619 Project.

History is not merely repeating itself; that is too simple a view. No, read the room.

What we are seeing across the United States and in the halls of government is not true commitment to the Constitution.

This is about power – who gets to hand out the minutes, who gives the report, who takes notes and whose interests will be represented. This is about controlling the narrative in order to maintain control of the people who showed up in large numbers to vote a president out.

Because Charles Mills is right, “The peculiar contract to which I am referring … is not a contract between everybody (‘we the people’), but between just the people who count, the people who really are people, (‘we the white people’). So, it is a Racial Contract.”

Consequently, I move that the Racial Contract be rendered void and ripped up.

Do we have a second? It’s time to call for a vote. 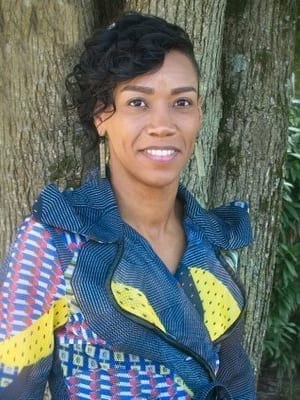