Is It Naïve to Believe Racial Justice in US is Improving?

I owe a student an apology.

I teach English at a public high school, and I was visiting in Ms. Morgan’s class as they engaged in a Socratic seminar and discussed justice. More specifically, they were talking about John Steinbeck’s book, “Of Mice and Men.”

Here is a summary of one of the discussions: “When the ranch owner’s daughter-in-law is killed, the perpetrator was assumed, and justice was to be carried out immediately. When Lennie [a mentally ill, migrant worker] dies, there is no inquiry or search for justice. The murder was deemed justifiable on the spot.”

The student asked, “Why are there different versions of justice?” We spoke of socioeconomic differences and how justice is not blind to wealth.

She followed up. “Is race or economics a bigger factor in justice?”

“What are examples of people of color who escaped or delayed justice?” I asked.

The class gave examples of O.J. Simpson. They also spoke of R. Kelly and Bill Cosby.

“Was it race or socioeconomics that allowed them to avoid jail for so long?” was my question.

Socratic seminars are a great deal of fun. You don’t answer a question with a statement; you answer with another question.

I finally asked, “Does the prosecution of a white police officer in Dallas give us a signal that race is not as large a detriment in justice?”

We differed on responses. Maybe it was just wishful thinking on my behalf.

I watched the news that night, seeing the story about a white police officer in Dallas who killed a black man that lived in her apartment building. She was convicted a day earlier on murder charges.

Imagine my reaction as I heard that the officer got a 10-year sentence. This means she is out in five.

Instead of making a statement, let me ask a question. “If this same black man had walked into this white police officer’s apartment and killed her, would he have gotten 10 years – or life?”

The backdrop of this question is important.

I met Sandeep Dhaliwal four years ago. He patrolled my neighborhood. He was simply unforgettable.

You first noticed his turban. Then, you noticed his infectious personality. He was everything that people say he was.

He was shot and killed in northwest Harris County in Texas this week. He was a deputy sheriff.

People here are whispering that they would like to see a public hanging for the man who is accused of shooting him.

This sheriff’s deputy from the Sikh faith, who looked Middle Eastern and wore a turban, was almost universally beloved by this suburban neighborhood.

Here is my question: How can law-abiding, patriotic, justice-seeking people of faith come to grips with the dual realities that exist in our country?

Our police officers seem incredibly vulnerable these days. Is that just anecdotal because I had met two law enforcement officers who were shot and killed in the last four years? Is my worldview slanted or tainted?

Am I naïve to think that racial justice in America is improving?

Am I wrong for supporting our men and women in blue?

Am I wrong for thinking the sentence on the white officer was too short?

Can it be both/and instead of either/or?

This much I know. I owe a debt of gratitude for Ms. Morgan letting me be a part of this conversation.

I also owe a student an apology. I tried to convince her that America is in a much better place than it is with regard to racial justice.

Does it weaken me to admit that I was wrong? 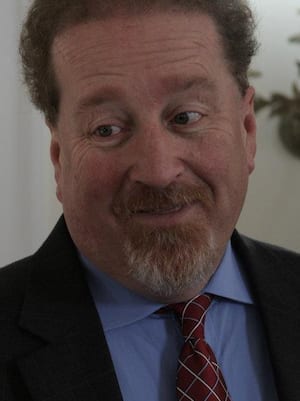 Ed Hogan is a public school teacher and ordained Baptist minister who lives in Houston, Texas. He served previously on the EthicsDaily.com / Baptist Center for Ethics board of directors.