Is There Hope for Evangelical Women? – Part 1

My daughter and I were walking our new puppy when my phone buzzed.

It was a Twitter notification from my fellow blogger Chris Gehrz about Beth Moore’s open letter. I stopped dead and started reading.

It was a few seconds before I realized how far I was lagging behind my daughter.

I looked at her, standing far ahead on the path expressing her impatience with hands on her hips, frowning at my slowness.

That image of my daughter stayed with me. So did Moore’s letter. Indeed, I couldn’t seem to think about the letter without picturing my daughter standing on the path in front of me.

In my mind, they were connected, and I knew exactly why. Moore’s letter gave me hope for my daughter.

Maybe my daughter will not have to carry the heavy weight of misogynist theology that has weighed so many of us down for so long.

Maybe she will not have to encounter the sexist and demeaning attitudes endured by Moore, a well-known Bible teacher and founder of Living Proof Ministries.

Moore’s courage to speak out, even at the cost of her reputation and possibly her ministry, gave me hope that the evangelical world would finally listen.

Gehrz noted recently how Moore pleaded in her letter for evangelical men to broaden their narrow views about women’s roles.

She asked them to recognize “the skewed attitudes many of your sisters encounter. Many churches quick to teach submission are often slow to point out that women were also among the followers of Christ (Luke 8), that the first recorded word out of His resurrected mouth was ‘woman’ (John 20:15) and that same woman was the first evangelist.”

I love Gehrz’s penultimate sentence. “This time may men have ears to hear voices like Beth Moore’s.”

My hope increased further with the breaking news about Paige Patterson, the president of Southwestern Theological Seminary in Texas. Now, like Moore’s letter, this news told an awful story about Christian men devaluing and mistreating women.

Patterson’s comments sexualizing the body of a young girl should have gotten a youth pastor fired from any responsible church.

His bragging (regardless of the veracity of the tale) that he encouraged a woman to stay in a physically abusive relationship, even when she showed up to church with two black eyes, is horrific.

What is even more horrific is that after he made these public comments, Christians continued to listen to his sermons and support him.

Unfortunately, none of the news about Patterson surprised me.

My husband went to Southeastern Baptist Theological Seminary when I was working on my doctorate in medieval history at the University of North Carolina at Chapel Hill. We figured out Patterson, who was president of Southeastern at that time, pretty quickly.

The shocking (at least to me) stories about the pastor’s wife class that he endorsed and was taught by his wife and the methods he used to silence dissenting voices both then and now indicate his overall attitudes about hierarchy and power.

As Ed Stetzer wrote about his experience with the SBC seminary president, “No one criticizes Paige Patterson and keeps their job.”

Patterson, like the men called out by Moore, had gotten away with stuff like this for years. Finally, he was being called out on the national carpet. And the people leading the charge were women.

In a letter read around the evangelical world, Southern Baptist women admonished their male leaders. “The world is watching us all, brothers. They wonder how we could possibly be part of a denomination that counts Dr. Patterson as a leader. They wonder if the Jesus of the Bible is like such men.”

I don’t usually sign petitions, but – if I were still an SBC woman – I would have signed this letter.

That Patterson issued an apology following the letter’s publication reveals its significant impact.

Is there hope? I really think there is.

I think we are standing at a moment when many evangelical women realize that something is very wrong and are willing to do something about it.

Beth Allison Barr is associate professor of history at Baylor University and a resident scholar at Baylor’s Institute for Studies of Religion. A longer version of this article first appeared on The Anxious Bench, where she blogs regularly. It is used with permission. You can follow her on Twitter @bethallisonbarr.

Editor’s note: This is the first of a two-part series. Part two is available here. 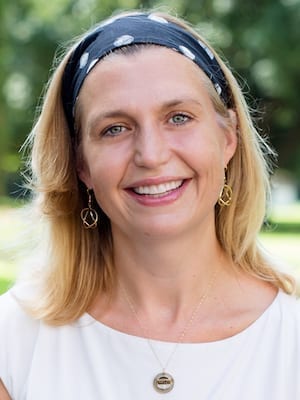 Associate dean in the Baylor Graduate School, an associate professor of history at Baylor University and a resident scholar at Baylor’s Institute for Studies of Religion, where she specializes in medieval history, women’s history, and church history. She is the author of The Making of Biblical Womanhood, serves as the president of the Conference on Faith and History and is a member of Christians for Biblical Equality.