His words were both a compliment to Jesus and a recognition that our relationship to Jesus has been faulty, at best.

The disparity between Jesus’ teachings and our lives raises the question: If we truly loved Jesus, wouldn’t we live as he taught us?

While we uphold laws and a social order, the Bible speaks of doing what is right for others, what it calls justice.

We focus on others following our guidelines, but Jesus calls us to live according to higher standards. Justice calls us to be like Jesus.

Jesus addressed issues and concerns of justice most directly in the Sermon on the Mount (Matthew 5-7).

The Greek text refers to doing what is right. Over the centuries, we have changed our definition of righteousness.

We have adapted it to following of a specific code that has more to do with cultural norms than what is truly right.

Instead of working for the good of all, we concern ourselves with personal morality and reputation. That is not righteousness. It tends to be self-righteousness.

Jesus calls for justice. He called his disciples to care for the poor, sick and outcasts. He calls us to address injustices around us, to shift conversations and practices that oppress. Jesus focused on social and economic interactions, not drugs, alcohol and sexuality.

In Jesus’ name, we claim salvation, forgiveness of sins and grace for salvation. We speak of heaven and hell. We forget that Jesus addressed earthly issues more than eternity.

His was a justice ministry that called disciples and the power structures to recognize those they excluded. For example, the woman of Samaria at the well (John 4:1-26).

Rather than condemn her, he allowed her to become an emissary of good news to her people.

He granted the Samaritans the same access as the Jews. He treated them according to what was right, not what was customary and accepted.

Cultural taboo did not dictate his priorities. Instead of sending Mary and Martha back to the kitchen, he called them both into the center of his ministry (Luke 10:38-42). He called them to learn, making them responsible and equipped to teach others.

Jesus took lepers, lame, blind and poor along with those recognized as sinners into the inner circle of his ministry.

He preached, but he also restored. He did not condemn. He validated their worth before God, even while the religious leaders were uncomfortable with his outreach. Jesus had no qualms with demonstrating God’s grace and acceptance.

Justice for Jesus means meeting needs. It offers healing, love, acceptance and forgiveness without condemnation. Justice looks upon people not as made worthy but cherished by God.

Jesus taught us by word and deed to cherish others in the manner of God. In other words, Jesus calls us to do justice, which seeks the benefit of all.

This is not the Jesus we have so often come to love. We want Jesus to extend justice, grace and mercy to us, but don’t want to share it.

We don’t want to be with people we have marginalized. We don’t want our lives contaminated by the issues they face.

It means giving up on privilege. It means widening our circle of our care. It means extending a hand to assist a bleeding stranger who might be diseased.

It means setting aside fear of those who are different. It means looking at others as our equals. It means becoming vulnerable to them.

Loving Jesus means living like Jesus, and that goes against our cultural values of personal comfort and privilege.

Loving Jesus requires that we seek justice for those we consider our enemies and unworthy of our care.

If we take Jesus at his word, we have to change our definitions of justice and what it means to love our neighbors as much as we love ourselves.

It is easier not to love Jesus. After all, loving Jesus means that we need to love the people that Jesus loves. It means taking their interests to heart.

It means giving up on the idea that we are more special than others. It means paying much more than superficial attention to the people around us. That gets too messy all too quickly.

Chris Harbin has served as a missionary in Mexico and Brazil as well as pastor and minister of music in Mississippi, Virginia, North Carolina and South Carolina. You can follow him on Twitter @PrChrisHarbin. 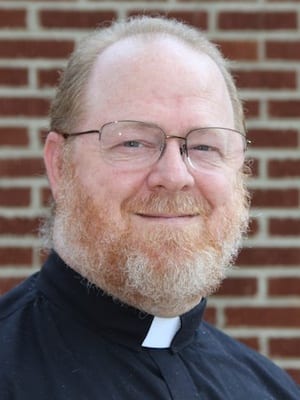 Formerly a Baptist missionary in Mexico and Brasil, Harbin is a Provisional Elder with the United Methodist Church in Wingate, North Carolina. He has written several books, including On Immigration: Surveying Biblical Teaching on Issues of Immigration, Immigrants, Foreigners, and Strangers.