John Lewis crossed the river Jordan on July 17, 2020, and last Sunday, I went to Selma to see him cross the Alabama River one last time.

I went because his last crossing simply had to be so very different from the first, with all the power we have within us to make that so.

The Alabama River is of no great scale, but the arc of that bridge is higher than you think. Photos and television footage don’t give adequate perspective.

You must walk it yourself. When you do, you realize you must go over it completely blind to what lies ahead.

Twenty years ago this month, I took my first group of college students to that bridge – young women, Black and white, in a leadership program for social change that was rooted in the systemic issues of Alabama’s Black Belt.

Selma’s population has steadily declined for decades. Many of the buildings on its several city blocks sit empty and desolate.

We could walk up and across that bridge – and stand together at its crown, hardly ever having to move to the side for a car to pass by.

Every group was overwhelmed every year by the commonness of a regular old bridge turned into sacred ground when love, determination and courage met hate, evil and police brutality face to face.

On Sunday, July 26, I stood in that same summer heat at the foot of the bridge for several hours. The crowd was not nearly as large as the throng of the annual commemoration marches.

Masked people welcomed strangers as friends, believing something surely bound us together on that hot asphalt in the middle of a pandemic.

What went through my mind? Over and over, a singular sense of holy conviction.

My Baptist roots and memories of revivals give me that word, “conviction.” Like a revival preacher would use the word, saying, “When you stand up close to holiness, your own sin is clear before you.”

There is still so much work to do.

It took my breath; John Lewis is about to pass by for the last time.

I tremble to think we are gifted with his legacy and example and responsible for carrying onward in his just battle. For as surely as the arc of the universe does indeed bend toward justice, we must be part of the bending.

Beaten almost to death more than once, Lewis survived and was given the gift of a long life – almost 80 years. But with that gift comes longevity’s burden.

We get to see how you run the race until the very end.

Historian Jon Meacham has called Lewis a saint in the days since his passing. He is right.

Meacham added to that, when watching Lewis’s body borne into the Capitol rotunda, that we were watching the funeral of perhaps the greatest war hero of our time. In the longest of wars. Who faced fire in his own land, not in foreign lands. Meacham is right about that too.

Martin Luther King Jr. was assassinated before I was born. For the whole of my lifetime – more than a half-century, Lewis has been present, accounted for and fighting this war – with a holy mix of patience and impatience, fervor, power and assuredness that never turned to hate, impulsiveness or ego.

When he spoke at the March on Washington in 1963, Lewis was only 23 and some worried he might have gone too far, sounded too demanding in his speech.

He said, “We shall splinter the segregated South into a thousand pieces and put them together in the image of God and democracy.”

Then he went on to do that very work for more than half a century.

He lived every day of those years with his face set toward Jerusalem. Facing down death or accepting it if required. He lived as both a sword of truth and a balm in Gilead to anyone in his path.

He would not let go of the depth of his conviction that human beings were made in the image of God. He believed that love itself was the power of God. Those beliefs drove what he fought for and how he fought for it.

He offered grace, refuge and reconciliation to all who sought it and to many, who honestly in their hearts, never did.

Lewis is a saint, deeply, more virtuous and faithful than the rest of us will ever be. But saints are fully human, not divine. He had no superpower.

Lewis was not immune to the impulse to fight back, hate or trade righteousness for personal power. He was human.

He overcame those very human impulses with a particular stubborn discipline of faith, love and justice step by step, day by day, unfolding across a lifetime before our eyes.

Sunday, I trembled. He is passing by, and there is so much left to do.

I went to Selma and found myself convicted with a haunting and a beckoning truth: I am no John Lewis.

But that is no excuse. 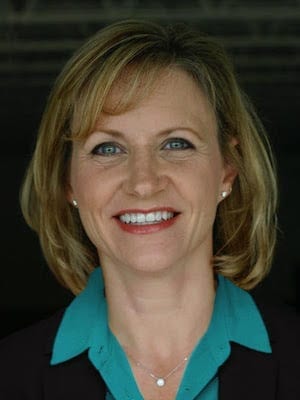 An Alabama native and mother of three sons, Hiley has a BA in history, a Master of Divinity, and is a former Kellogg Foundation National Leadership Fellow. She lives near Birmingham, Alabama, with her husband, Todd Heifner.