The Trump administration’s 2018 budget proposal has, like all presidential budgets, received mixed reviews.

Its overall goal of decreasing the national debt by reigning in spending is a worthy endeavor that should be commended.

Spending more than we take in is unwise and unsustainable, whether on a personal or national scale.

Letting the national debt continue to rise unchecked would be to ignore the negative impact this would have on future generations.

Parents want to leave children an inheritance, not bills to pay, and so, too, should we strive to better manage national spending now for the good of future generations.

“Debt is a moral issue,” Robert Parham reminded EthicsDaily.com readers in 2013. “Debt is destructive. It enslaves the borrower. Would we not do well to recover a moral critique of debt – the national debt – and stop pretending that it doesn’t matter?”

It must also be emphasized that how we choose to reduce spending is also a moral issue. The means by which we achieve desired ends matters.

So, while we should praise President Trump’s desire to rein in spending and reduce the national deficit, we should scrutinize (and, when necessary, critique) the means by which his administration proposes to do so.

Key budget proposals highlighted by the administration include:

Not highlighted are the significant funding cuts, which the Associated Press details in an agency-by-agency analysis on the proposed budget:

While Health and Human Services receives a comparatively small reduction (1.3 percent), AP explains that it “initiates deep cuts to health insurance programs for people with modest incomes, including coverage for children.”

Let’s start with a few positives:

Enacting a six-week paid parental leave requirement is long overdue, bringing the U.S. in line with nearly every developed nation that already provides some type of paid leave upon the birth or adoption of a child.

Seeking to better care for the needs of veterans, and, hopefully, to address ongoing problems in provision of healthcare to veterans should also be commended.

Now to a few troubling aspects:

Cutting funding for programs designed to mitigate climate change and preserve the environment, as well as those that provide aid to refugees and the most vulnerable around the world, is a shortsighted decision that would ultimately undermine the administration’s emphasis on national security concerns.

For example, food insecurity is a key driver of both migration and conflict. To cut funding to programs aiding the world’s most vulnerable is not only morally suspect, but will also serve to further destabilize regions – exacerbating conflicts, displacing more people and requiring higher levels of resources to respond.

Reducing the national debt by increasing the amount of personal debt required to obtain a college education isn’t a “taxpayers first” budget plan.

Education beyond high school has become nearly essential in today’s workforce, so making it more difficult to graduate from college without incurring significant debt is unwise.

Other education cuts that are troubling involve Medicaid funding that impacts special education programs in public schools – a concern first raised over Medicaid changes that would result from the American Health Care Act.

The president’s budget asserts that it aims to “targe[t] resources to those most in need” and “empower States to innovate and prioritize Medicaid dollars to the most vulnerable populations.”

Yet, the proposed funding cuts to Medicaid will, as many reports suggest, negatively affect the most vulnerable. Such cuts are always morally suspect and should be carefully scrutinized by Congress as they vet the budget proposal.

Goodwill people of faith would do well to avoid painting this budget as wholly good or bad. Like all presidential proposals, it appears to be a mixed bag.

Let’s voice support where we can, and voice opposition when the most vulnerable are negatively impacted. One of “our highest national priorities” should always be care for those most in need.

The overall goal of debt reduction is commendable, but how we work toward this goal matters. Moral means must be used to achieve desired moral ends. 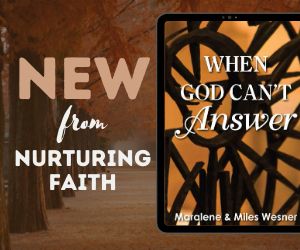 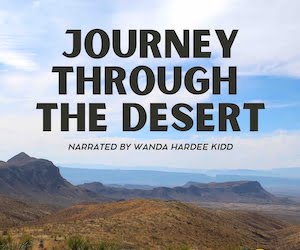