Hundreds gathered today (Feb. 4) beneath the pecan trees of the once highly-controversial Koinonia Farms near Americus, Ga., to bury and honor Habitat for Humanity International founder Millard Fuller who unexpectedly died early yesterday morning at age 74.

On an unusually cold morning in Southwest Georgia, well-bundled admirers of the man of who gave away his personal wealth to invest his life in eliminating substandard housing sang impromptu hymns before an open red-clay grave as the family arrived.

Linda Fuller, who shared fully with her husband in the Christian enterprise now known worldwide, began the service by quietly placing a single rose and a hammer marked with a cross on top of the simply-constructed, unvarnished pine-box casket.

Chris Fuller, Baptist campus minister at Mercer University and oldest of the four Fuller children, thanked those in attendance for their support of his family during their time of grief. Yet he added that his father had a unique way of making everyone feel like part of their family.

“You are all his brothers and sisters,” said Chris.

He told how four decades earlier his father had led a burial service in that same setting for Bible scholar Clarence Jordan — his mentor, author of The Cotton Patch Gospels and founder of Koinonia Partners that challenged the racial inequalities so prevalent in the rural South.

A second speaker, Judge George Peagler, called Millard a “master builder for God” and spoke of how his entrance into Heaven might be the first gift he received without trying to give it away.

In addition to hymns of faith, the crowd sang “Happy Birthday” as one of Millard and Linda’s daughters had done spontaneously as a two-year old at Jordan’s burial in 1969.

The service was not only reflective of Jordan’s interment four decades earlier, but uniquely evident of Millard Fuller’s life.

It was simple. The man who could make money so easily had long ago made a life-changing spiritual decision to “not store up treasures on earth.”

It was quick. The service was held the day after his death certificate was signed.

It was inclusive. The interracial crowd was reflective of Millard’s wide embrace. An African-American funeral home in Americus handled the limited arrangements.

For the first time in 74 years, the energetic, visionary Christian is still. But his mission has been multiplied.

One hammer has been silenced. Thousands of others tap in his memory.

[The family has requested that memorial gifts be made to the Fuller Center for Housing, 701 South Main St., Americus, GA 31709] 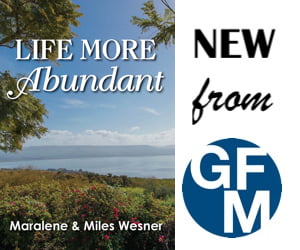