Ministering to Rural Homeless – If You Can Find Them

Homelessness is a significant problem in rural settings – if you can find the rural homeless, that is.

Moreover, funding for state and federal dollars is often attached to the number of homeless people identified during a federally mandated annual reporting period.

A recent report by the Institute for Rural Journalism and Community Issues based at the University of Kentucky addresses the challenge of serving the homeless population of rural America.

The article leads by stating, “While about 7 percent of homeless Americans live in rural areas, those official numbers come from homeless counts of people living on the street and in shelters, not those staying with friends or in cheap hotels on cold nights in January, the month when yearly counts take place.”

Add to that families living in tent cities in the middle of wooded land or on the edge of a cornfield and you’re talking about a higher percentage than 7 percent.

Identifying the rural homeless presents multiple challenges, however, especially when mandated government strategies get in the way.

Our county participates in the nationwide “Point in Time Count,” an initiative of the Department of Housing and Urban Development (HUD), which happens every January.

Of course, there is only one problem with getting a headcount on rural homelessness in January: Most rural counties in America (like mine) do not have functioning homeless shelters. HUD, of all agencies, should know this.

The model for the count is based on urban homelessness, during the time of year when the most people seek shelter because of the cold.

In major cities with ample shelter, this may seem like a great model, but surely not in rural settings without shelters.

For rural counties, the premise is wrong from the start. It is a fine example of how one-size-fits-all initiatives created by urban bureaucrats often fall flat in rural and small-town contexts.

For example, the Southside Sentinel reported on a homelessness survey for Middlesex County, Virginia, (where I live) in 2014 that identified five homeless people in the area in January.

This is an insufficient strategy for identifying (and ultimately providing assistance to) the rural homeless.

During the cold months, because of lack of shelter, most homeless people and families migrate to cities where they can receive more human and social services.

The county’s Department of Social Services, which conducted the survey, is not to blame because they were simply complying with a government-mandated initiative.

A conversation has started among a few county churches and agencies about how to better serve the homeless population in our area, and we’ve already identified three tent cities in wooded areas where homeless people camp.

One is behind a local grocery store, one is in proximity to a roadside vegetable stand, and another along a wooded edge in a cornfield near a church.

The population at these locations surely rises when weather is fair and is likely its largest in July, not January.

State and federal funding for addressing homelessness is based on HUD’s annual “Point in Time Count,” when many rural homeless have fled to urban shelters. This means that not only are the rural numbers skewed, but also the urban data.

Ultimately, more money goes toward addressing urban homelessness instead of rural homelessness, and part of the reason is that the annual count is done when urban numbers swell and rural numbers deflate.

Speaking with local county officials and state representatives about how to correct this flaw in the counting system is important.

But rural churches should also explore ways to partner together to address homelessness and subsistence living in our midst.

One great model is Caritas Ministries in Richmond, and another is the G.U.E.S.T. program in Gloucester.

Each program successfully reaches homeless individuals through faith-based partnerships and may serve as a model for congregations in my county and across the U.S.

Jonathan Davis pastors Urbanna Baptist Church in Urbanna, Virginia. He serves on the Virginia Baptist Mission Council and is a doctor of ministry candidate at Logdson Seminary, where his research focuses on equipping small-town churches for 21st century ministry. A version of this article first appeared on his website, which is dedicated to sharing research, ideas and tools to help small-town churches. You can follow him on Twitter @jonathandavis_. 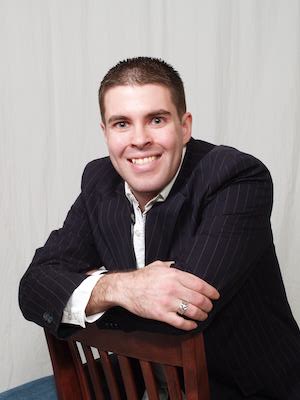 Jonathan Davis pastors Beale Memorial Baptist Church in Tappahannock, Virginia. He holds a D.Min. from Logdson Seminary, where his studies focused on helping rural churches thrive in the midst of 21st Century change. Jonathan is the founder of the Small-Town Churches Network where he shares research and ideas to help rural churches and clergy thrive. He also serves on the Coordinating Counsel for CBF Virginia, and on the Mission Counsel for the Baptist General Association of Virginia.