I learned a valuable lesson during my time in pastoral ministry.

Soon after arriving at one of the congregations I served, I noted the use of Styrofoam plates at Wednesday night Bible study.

I suggested to a key church leader that we should use the washable dinnerware and industrial dishwasher instead.

He responded negatively, which I should have expected given that change proposals are typically resisted.

Yet part of his response – “it has to be cheaper to use disposable plates” – provided insight about implementing creation care initiatives.

I did my research following this conversation, calculating the costs of each disposable plate contrasted by the cost to run the dishwasher (factoring in the price of water and soap, the number of wash cycles needed, and assuming volunteers would supply the labor).

My findings? Washable dinnerware, in addition to being eco-friendly, would save the church money.

I considered presenting these findings at the next deacons’ meeting, but given this man’s influence and my newness, I let the matter go. You pick your battles.

Despite my failure, I became aware that, like it or not, it is easier to motivate folks to recycle and live more sustainable lives when there is a financial incentive to do so.

A recent publication suggests that my experience with a financially beneficial creation care initiative might not be as rare as some believe.

“Social scientists have long assumed that actions by states to reduce their greenhouse gas emissions are not in their self-interest because the domestic costs outweigh the domestic benefits and they can ‘free-ride’ on the emissions reductions achieved by other states,” Green explained, noting that his paper refutes this view.

While Green offers a detailed, technical and wide-ranging analysis that requires sustained attention to understand, his overall point is clear. “There is a very strong prima facie [at first sight] case that most of the mitigation action needed to stay within the internationally-agreed 2Â°C limit is likely to be nationally net-beneficial.”

In short, the cost-benefit analysis for practicing creation care to address climate change results in a balance sheet in the black (not the red, as many assume).

It is true that environmental protection initiatives might not always be “cheaper” at every point, but, as Green reveals, there are more often than not net-benefits.

Ideally Christians would be motivated by myriad biblical texts calling us to care for the natural world – a witness EthicsDaily.com has highlighted continually and which Pope Francis’ papal encyclical emphasized. In reality: money talks.

Sometimes the economic benefits are immediate and obvious. Other times, the benefits won’t accrue for a while, yet a persuasive argument can still be made for the proposal “paying off” in the future – whether within our lifetime or beyond.

Still other times, the cost-benefit analysis must expand the economic implications to include consequential costs – for example, climate change will lead to rising ocean levels, which will most significantly impact the global poor and lead to increased expenses for humanitarian aid and relief, among other issues. The Marshall Islands offer a case-in-point.

While the necessity of this approach may frustrate those who wish to urge action because it is the right thing to do, trying economic benefits (whether direct or indirect, short- or long-term) to creation care is generally more persuasive.

Those who advocate for more robust, expansive creation care efforts would be wise to emphasize the financial incentives for their initiatives, even if they believe this should be a secondary consideration.

To do so is to adapt Jesus’ advice to his followers: “Be wise as serpents and innocent as doves” (Matthew 10:16).

Pope Francis seems to have followed this guidance by inviting global mayors to the Vatican for a two-day summit focused on climate change.

The meeting resulted in a declaration that “”human-induced climate change is a scientific reality and its effective control is a moral imperative for humanity.”

Not surprisingly, economics factored into the discussion.

“The final declaration calls for financial incentives to transition from using fossil fuels to using low-carbon and renewable energies and to shift public financing away from the military to ‘urgent investments’ in sustainable development, with wealthy countries helping poorer ones,” the Associated Press reported.

A report from the Vatican quoted economist Jeffrey Sachs who said Pope Francis has emphasized, in his own terms, the U.N.’s definition of sustainable development as “economic growth that is socially inclusive and environmentally sustainable,” while New York Mayor Bill de Blasio stated that current economic models focused primarily on immediate financial gain are “slowly killing us.”

Economics and environmental protection are likely to be a leading talking point this week with the White House rolling out a revision to its Clean Power Plan. Early discussions have focused largely on financial implications of these initiatives.

Hal Quinn, president of the National Mining Association, asserted before the plan’s release that it “will burden Americans with increasingly high-costs.”

The Obama administration rejected this claim, with White House spokesperson Josh Earnest stating that the plan not only addresses a key cause of climate change but also gives energy providers incentive to invest in renewable energy, which will save consumers money.

Like it or not, money talks. From the lowliest pew to the highest political office, people are more likely to respond when change results in economic benefits.

So why not use its influence to advance a worthy cause by highlighting the monetary benefits of addressing climate change whenever and wherever they may exist?

Connecting creation care and economics is likely to become increasingly necessary to obtain the commitments needed to address climate change at global and local levels.

Goodwill people of faith would be wise to unite their biblically based calls to action with a cost-benefit analysis that demonstrates how creation care can often achieve both moral imperatives and economic incentives.

Yes, creation care can be costly – we might actually need to change how we live, move and exist in the world.

But in the end the benefits ultimately outweigh the costs, and we would be foolish to ignore or downplay this economic reality in advocating for reform. 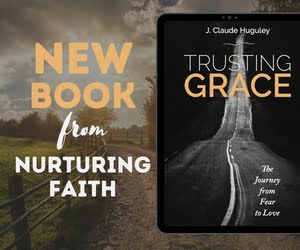