With the dialogue concerning the construction of a mosque near Ground Zero heating up, I am reminded of a quote from Jonathan Swift: “We have enough religion to make us hate one another, but not enough to make us love one another.”

The idea to construct a mosque in that location is insensitive to the feelings of the vast majority of Americans, and there is no doubt that a more suitable location could be found.

As an American, I am about as patriotic as one can get. I get excited by the sight of our flag floating in the breeze, the playing of our national anthem, even the singing of “America the Beautiful.” As a Baptist, I am very deeply troubled by the implications of a denial to build the mosque near Ground Zero.

It has not been very long in the march of history since Baptists were the ones denied a seat at the table. Our forebears were beaten, fined, jailed and driven out of Massachusetts because of their beliefs. We were and are ridiculed for our theology. We were the ones who fought hard for religious freedom both for those who believed and for those who didn’t. The fact that we struggled for the rights of those who do not believe is often forgotten.

In the current political scene, candidates are forced to claim some kind of acceptable religious persuasion. Mitt Romney’s Mormon faith brought harsh criticism from other religious groups. In South Carolina, the Republican candidate for governor, Nikki Haley, was targeted because of her Indian parents’ Sikh faith. Even former president Jimmy Carter has had to defend himself against charges of anti-Semitism. The religious wars are never far beneath the surface.

Both as Americans and as Baptists, we should know that an infringement on religious freedom – no matter how “justified” at the time, no matter how slight such an infringement appears to be – sets off an alarm that should not go unheeded. Today the issue is a mosque. Tomorrow it could be a synagogue, a Mormon temple or a Baptist church.

We must never sacrifice our hard-won religious freedoms for the expediency of the moment, nor should we find devious means to deny others those same freedoms. The separation of church and state is a tremendous safeguard for both the church and the state. Each has benefited from the separation, and we should not use the state to disallow a religious institution.

In the long term, if we allow the mosque to go forward, we will preserve those freedoms, and the world will come to see that we truly do believe what we claim to believe.

Religious freedom requires hard choices and eternal vigilance. As the sides divide for and against the proposal, let’s make a real effort to remember who we are. Those of us who call ourselves Christians need to remember that our actions, including our language, must be Christ-like.

We should expect to find disagreement within our circle of friends and in our congregations, but we must resist the temptation to demonize those with whom we disagree. Because the potential for disharmony is so great, we need to think through how we will respond to those with whom we disagree so that our witness for Christianity and our relationships are not compromised.

Mitch Carnell is a consultant in organizational and interpersonal communication. He is the editor of “Christian Civility in an Uncivil World” and an active lay member of First Baptist Church of Charleston, S.C. 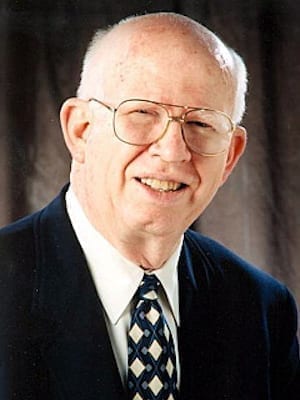 A member of First Baptist Church of Charleston, South Carolina, he is the author of “Our Father: Discovering Family.” His writings can also be found at MitchCarnell.com.