Not a Time for Silencing Dissent

As a Christian and a Baptist, protest is my middle name—as in Protestant. We have as part of our spiritual DNA a history of dissenting against the majority opinion. In the 16th century we dissented against the hegemony of the Church in England insisting on the right to pursue our own path towards God. Quite a few of those dissenters were lost in the fires of persecution.

I guess that’s why I am so concerned to learn that the Bush administration is apparently going to extraordinary lengths to keep dissenters out of the sight of the president and the press that follows him.

According to a report in the San Francisco Chronicle this past Sunday, as the president travels the country visiting different cities, the Secret Service has been ordered to remove all protesters to separate areas called “free speech zones.” In some instances these “free speech zones” are miles away from where the president is speaking.

Supposedly, segregating protesters away from the president is an effort to protect him from terrorists. But that doesn’t make any sense. Why would a terrorist advertise his or her dissent while at the same time planning to do the president harm? Someone wanting to get close the president would be more likely to carry a sign supporting him.

In fact, that is one of the real troubling aspects of this practice. Admirers, those with signs showing support for the president, are allowed access all along the different routes taken by the presidential motorcade and outside locations where the president will speak. Only the dissenters are kept at bay.

If this is an effort to silence dissent, nothing could be more un-American. We came into existence as dissenters from a regime with which we disagreed. It has been the hallmark of the American experience that using our right of free speech we can, in orderly and non-violent protests, disagree with our leaders. If we allow this freedom to be taken from us simply because we are afraid of terrorists, then the terrorists have won.

I guess it’s possible that the removal of protesters to the invisible sidelines is motivated by politics. With only admirers and supporters lining the way, the image can be created of a president that commands the unanimous support of his people. Let’s hope that is not the case. Image making would be the worst possible reason for stifling dissent.

The scariest reason for segregating dissenters would be if the president expected the unanimous support of the people. This is certainly not the American way. The president of the United States is not a sovereign Lord. American presidents are citizen leaders. They are elected from among us. They do not rule by divine right or by right of blood as was true for monarchs of old. Our leaders serve by consent of the governed.

Because of that, no leader, no elected official in the United States is above criticism. No elected official can presume to speak with such unquestioned or enlightened authority that their judgment is not subject to the review of the American people. That is especially true in these troubled times.

As heirs of a long line of religious dissenters, there is only one source of unquestioned authority and that is God.  And of course, there is not universal agreement even among Baptists about what that means. But what it absolutely means is no one man no matter how important or powerful is above legitimate protest. All of us humans are subject to periodic peer review. 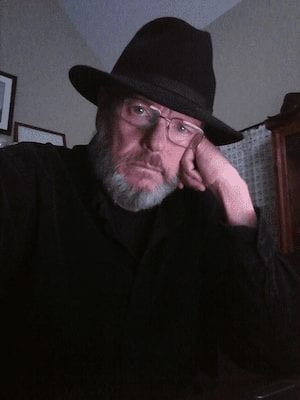