Prayer: The Most Natural (and the Oddest) Activity

The prayer to which Jonathan Edwards, general secretary of the Baptist Union of Great Britain, has called British Baptists is at once the most natural of human activities – and the oddest.
We turn automatically to someone stronger and more powerful than we are ourselves when we are afraid or in need or puzzled. Many people pray who wouldn’t dream of going near a church.

Yet this instinct coexists with an obstinate rationality that persists in asking uncomfortable questions like, “If God knows everything anyway, what’s the point in praying to him?” Or “How can I possibly pray for fine weather for the church outing? Is God really going to alter the Atlantic jet stream for me?”

These questions are not unimportant, but neither are they particularly important – at least as subjects for academic essays or the cut and thrust of house-group debate.

Prayer is, above all, something which is to be done, rather than something to be analyzed.

Every generation needs to learn to pray all over again.

We should, for instance, be deeply uneasy about calls to “pray against” a particular person or issue; there are plenty of pressure groups agitated over this or that moral or political issue that would encourage us to do so.

We should be very discerning even when we are asked to “pray for” a person or an issue as well.

Prayer is always good, but often the best prayer is a silent cry for understanding and discernment; more than that, and it turns into a sort of wrestling match with God, from which only one person has ever come out with any credit.

What then will the denomination get out of the praying to which it is called and to which we should all hope most earnestly that it will respond? That is the wrong question.

Great and serious problems face us as a nation, as a whole interconnected world and as Baptist Christians.

But prayer is not really about asking God to solve them, at least not in any way that is disconnected from the most fundamental problem of all – ourselves.

On the other hand, neither is prayer merely a code word for getting our minds right and asking God to reorder our interior space so that we are more able to cope with things.

Prayer is asking God to change the world – or it is faithless.

It is not so long ago that the Baptist Union was called to prayer for our children, with an initiative titled “On Our Knees.”

It was a good title, and it is a good posture for prayer. It is different from our usual sitting or standing. It is a posture of submission; we are quite defenseless, our fight-or-flight mechanisms temporarily disabled.

In this posture, we may well find that God meets us and changes us, and one of the signs that prayer is effective is that it affects us.

We were encouraged to learn to listen, prayerfully, and to hear the cry of the 162 million people living on 50 cents a day.

A greater point is added by news from the U.N. that as many as 750,000 people could die as Somalia’s drought worsens in the coming months.

This would be an unthinkable shame to an international community that can mobilize to wage war at a week’s notice, but cannot mobilize to feed the hungry at all.

For one way of measuring the effectiveness of a prayer – for the hungry, the lost or the sick – is by the degree of outrage it inspires that things are as they are and not different.

Lord, teach us to pray.

MarkWoods is editor of Britain’s BaptistTimes, where this column first appeared. 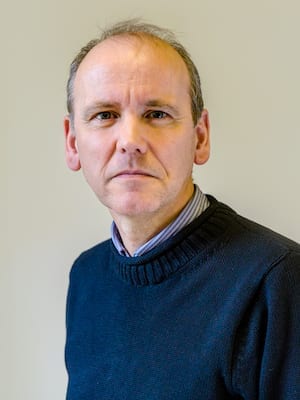 Mark Woods is a Baptist minister and managing editor for ChristianToday.com. He served previously as the editor of The Baptist Times of Great Britain.