Praying For All to Live Peacefully in Egypt

Like many others, I have been shocked and saddened by the loss of life in Cairo and elsewhere this past week as the Egyptian military has cracked down on the protesters supporting the Muslim Brotherhood and the ousted President Morsi.
Some of the TV pictures have been truly horrifying, showing unarmed civilians gunned down in the streets. I find myself praying that we will not have another situation like that in Syria, where civil conflict turns into civil war.

And I think of my friends in Egypt, some of whom I visited only 18 months ago when a European Baptist Federation (EBF) delegation met the leaders and pastors on the Egyptian Baptist Convention, and also some of the official Evangelical leaders in the country.

How different the situation was then, after the Tahrir Square demonstrations and before the elections.

I have not managed to make contact with the convention in these past days, so I can only wonder about what is happening with those pastors and churches and commend them in prayer to God’s protection and safe-keeping.

But I am aware there has been a sharp rise in attacks on Christian churches (mainly Coptic) in the past week; some estimates say as many as 40 churches have been attacked.

Egypt’s 10 million or so Christians are something of a soft target. As the Al-Jazeera news headline this week put it: “Egypt’s Christians face unprecedented attacks.”

It is understandable that Christians in Egypt (and also in Syria) fear for their religious freedom if radical Islam becomes the controlling ideology of the government. There were already signs that in a society governed by the Muslim Brotherhood hostility to Christians increased, even if not officially sanctioned.

The result is that most Christians, along with more “secular” Muslims, women’s groups and others, give their support to the military to keep the peace and try to pave the way for a more plural vision for Egyptian society.

The difficulty, in this case, is dealing with the anger of supporters of the Muslim Brotherhood that their democratically elected president has been removed by force, a fact which comes across in much of the Western media as a gross injustice, making the killings of so many civilians all the more unacceptable.

It seems to me that Egyptian Christians are now in an unenviably dangerous situation.

Will they be able to continue to protest about the attacks on them and the possible far-reaching loss to their religious freedom if radical Islamicists come to power while at the same time making it clear that that they abhor the loss of life which happens when the military fires on civilians?

I pray for much wisdom for their leaders in these days.

I have been looking for other voices, which might be said to represent evangelical Christians, such as Baptists.

Terence Ascott, the CEO of SAT-7, the media company supported by many Baptists in the Middle East and elsewhere in the world, issued a press release last week.

In it he says he is “appalled at the misunderstandings about the situation in Egypt being propagated by even normally balanced international media like the BBC and the way it has, in general, portrayed the Muslim Brotherhood as the victims of injustice.”

He goes on to justify this claim from the perspective of Egypt’s Christians.

On one reading, it all looks horribly familiar as yet another Middle Eastern nation slides into civil conflict with the country’s Christians suffering as scapegoats.

But in looking for some signs of hope, I remember how an Egyptian friend described how at the time of the Tahrir Square demonstrations, which seemed to hold out so much promise, Muslims and Christians had stood together and neighbors of these different faiths got to know each other for the first time.

And now, in this article by the SAT-7 CEO, one paragraph stands out to me as a “flicker of hope” when he says: “It is also important and encouraging to note that some Muslims went to protect churches and that, in return, many Christians then sent messages to their fellow Muslims saying ‘buildings can be rebuilt again, but you are priceless, so stay safe and don’t worry about the churches.'”

I don’t want to overestimate such initiatives in the scale of the present crisis in Egypt. But I also know from examining past conflicts that when God moves change in the hearts and intentions of ordinary men and women, amazing transformations of conflict can take place.

This, I pray for Egypt at this critical time.

So, I will gladly support the prayer request of SAT-7 that the current violence will end soon and that “Egypt will be governed for the benefit of all its citizens, with people of different persuasions able to live alongside one another peaceably.”

Tony Peck is general secretary of the European Baptist Federation. A version of this column first appeared on his blog, Europe Matters, and is used with permission. 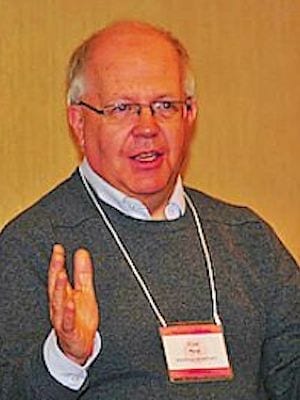 Tony Peck is general secretary of the European Baptist Federation.