The coalition’s goal is to amplify the religious left’s voice in the national discourse about morality and politics.
America “has been experiencing a devastating famine for the past three decades: we have experienced a famine of faithful witness to [the] God of justice and compassion, the God of Israel and Jesus,” according to a statement posted on the group’s Web site, www.religiousprogressives.org.
“There has been no shortage of God talk and God talkers in the public square, but there has been little suggestion of compassion or justice in all their talk,” the statement read.
Participating organizations include Americans United for Separation of Church and State, Children’s Defense Fund, The Interfaith Alliance, People for the American Way, Religious Action Center for Reform Judaism and Rainbow/PUSH Coalition.
Some 200 groups met April 4-6 in Washington, D.C., at a founding conference. The meeting began on the 33rd anniversary of Martin Luther King’s assassination, according to an article on beliefnet.com.
PRP’s Web site expressed a “rock-solid and equal commitment to issues of economic justice and sexual justice and personal freedom.”
In addition to workers’ rights and reproductive rights, PRP “will promote full equality for lesbian, gay, bisexual, and transgendered persons.”
The group said, “America’s ‘original sin’ is the sin of white supremacy and racial division.”
According to its founding statement, the “gilded idol of our time–The Market–is neither democratic nor interested in the public good. It does not merit the uncritical reverence our culture currently accords it.” 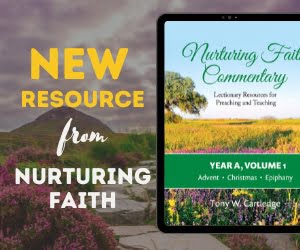