Restoring Creation Care to Our Theology

At each stage of creation in Genesis 1, God likes what he has created.

First, the humans decide that they don’t want to be what God created them to be – humans. They want to be like gods. Specifically, they want to be the ones to decide what is right and what is wrong.

It gets worse. We then decide it is our prerogative to determine who gets to live and who gets to die.

Once again, that’s way above our ability to judge, and generally it’s decided on a self-centered set of criteria.

Nonetheless, violence enters the world and humans begin to use it indiscriminately, to the point where God sees that human hearts are “evil all the day” (Genesis 6:5).

So, in a great act of violence and genocide, God wipes out all but a few of the humans and decides to start over (Genesis 7).

The problem is, when it’s all said and done, the violence doesn’t work (Genesis 8:21).

At the end of the flood narrative, God swears off the use of violence as a means of achieving a peaceful world because nothing has changed (Genesis 8:20-22).

Even starting over with the one righteous man, God sees that the heart of the human is still evil all the day.

When he wakes up, he curses his own son who had the temerity to tell his brothers about what happened.

Finally, humans decide that the earth, which was very good in God’s eyes, wasn’t good enough for them, and they try to build a tower that they can climb to go live where God lives (Genesis 11:1-9).

God then throws them out of the city and scatters them across the earth.

It’s not that God doesn’t want to live with the humans; he does.

It’s just that he wants the humans to be content being human, and to be content living on the earth, which, after all, he made specifically for them.

I don’t know what happened to our theology, but some aspects of it have us repeating the fallacious human thinking reflected in Genesis 1-11.

Much of our theology says that the earth is bad and that heaven is good, so we should just endure our time on earth and use it to make sure we get to heaven, which is where the really good stuff happens.

This is actually more in line with Gnostic thinking, which saw the good spiritual body as trapped in the bad physical body, than anything reflected in Scripture.

There’s also a healthy dose of Platonism, which said physical objects were diminished versions on non-physical ideals, reflected in that kind of theology.

Care for the earth is a part of biblical theology, but somehow it doesn’t find its way into a lot of Christians’ theology.

There may be some who think that this is a political statement, but it is not.

God made the world inhabitable for humans; we’ve made parts of it virtually uninhabitable (though there are humans living in these areas, if you can call it living).

It’s our responsibility to fix it. This is part of our stewardship.

Care for creation includes care for the poor. The two cannot and should not be separated from each other because issues of poverty are intricately tied up in how we allocate the resources of our planet.

It’s not for nothing that the Bible both starts and ends with creation. The last chapters of Revelation are a vision of a renewed creation and of God making his dwelling place with humans on earth.

So we need to take care of the planet if for no other reason than that God has decided to live here. And you always clean up when company comes.

Larry Eubanks is the pastor of First Baptist Church of Frederick, Maryland. A version of this article first appeared on his website and is used with permission. You can follow him on Twitter @EubanksLarry. 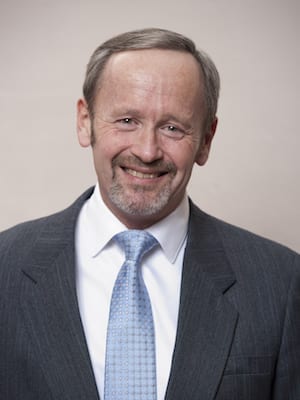