The comments, reported by the Associated Press, were made on the live broadcast of Robertson’s “700 Club” program, but were edited out of a version posted on the Christian Broadcasting Network Web site.

According to the AP report, Robertson’s comments came after he watched a news story about Muslim protests in Europe over the cartoon drawings of the Prophet Muhammad.

The outpouring of rage, he said, “just shows the kind of people we’re dealing with.”

“These people are crazed fanatics, and I want to say it now,” he said. “I believe it’s motivated by demonic power. It is satanic, and it’s time we recognize what we’re dealing with.”

Robertson also said, “The goal of Islam, ladies and gentlemen, whether you like it or not, is world domination.”

Robertson later issued a statement saying he was referring specifically to terrorists who want to bomb innocent people. A Robertson spokesperson told the AP the remarks were removed from the Webcast out of concern that they might be misinterpreted if viewed out of context.

Barry Lynn of Americans United for the Separation of Church and State, a frequent Robertson critic, said it was appropriate for Robertson to remove the comments from the Internet version of the TV show, but the broadcaster should go further by apologizing before millions of viewers who heard the remarks live.

“At a time when inter-religious tensions around the world are at an all-time high, Robertson seems determined to throw gasoline on the fire,” Lynn said. “To condemn an entire religion because of the behavior of some is deplorable.”

Robertson, who will turn 76 on March 22, has a history of controversial comments, including talking about blowing up the State Department and assessing “activist” judges as posing a greater threat to America than “a few bearded terrorists who fly into buildings.”

But Robertson has come under increasing criticism during the last six months after suggesting the United States should assassinate Venezuelan president Hugo Chavez and that God punished Israeli Prime Minister Ariel Sharon with a massive stroke for ceding land to Palestinians.

In February he lost his seat on the board of the National Religious Broadcasters. He earlier withdrew from speaking at the NRB meeting, claiming a scheduling conflict, but some reports said he was asked to cancel because some fellow board members were embarrassed by publicity over his latest remarks.

In a February interview with World Magazine, Robertson acknowledged he had made waves but attributed it to the large number of hours spent on live television. He said he was taking precautions to avoid further controversy by reviewing news broadcasts before they aired and hiring a former news producer from “Good Morning America” to talk to him through an earpiece while he is on camera.

Robertson’s newest comments are similar to what he has said in the past.

In 2002 he criticized President Bush for describing Islam as a religion of peace, saying Bush was “not elected as chief theologian” and was “leading to needless confusion” about the nature of the religion. Robertson termed Islam “violent to the core.”

In 2002 Roberson said Islam is “not a peaceful religion” and that Osama bin Laden is “probably truer to Muhammad” than are more peaceful Muslims.

He has said what Muslims want to do to Jews is worse than Hitler and the Nazis, and that “under no circumstances is Jehovah, the God of the Bible, and Allah, of the Quran, the same.” 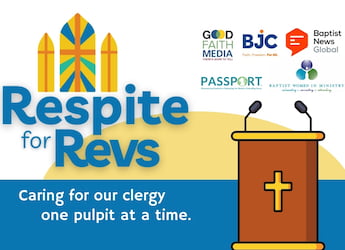