Socialism, Anarchism and Christianity in Britain

“Socialism is a lovely idea, but it is a little naïve about human nature.”
That’s a line you’ll hear repeated and reworded in classrooms, churches and cyberspace, whenever “the ideal society” and the inevitably flawed humans who would inhabit it are contemplated.

Of course, the people using the line are very often the same ones who believe that markets can fix any problem (despite crash after recession after crash), people who talk about “the invisible hand.”

The “small-government” libertarians and “fiscal conservatives” seem truly to believe that in a system orientated around selfishness, wealth will somehow “trickle down” to the ill-resourced poor from the profit-maximizing rich.

As an example of blind faith, it’s rather touching, really.

After all, these are people defending a philosophy that responds to the flawed sinfulness of human beings with fewer rules, fewer restrictions and less oversight from democratically elected authorities than we have had in the run-up to the greatest economic disaster in living memory.

If the poor are to be helped, if inequalities redressed, these things must happen voluntarily and out of the goodness of the hearts of those choosing to give charity.

Selfish people, within a selfish system, will ultimately do the right thing. And socialism is naïve. Yeah.

Many Christians have fallen for this oddly popular myth: that a system that recognizes people won’t willingly do the right thing by the poor and so finds structural means of redistributing wealth is somehow naïve.

“It would be a great system if people were perfect” goes the sad-faced reply to a young idealist raising the question.

But it is capitalism that would be great if people were perfect. Socialism (and let’s include in that term other leftist philosophies of wealth redistribution) doesn’t need you to be a good person, to care about charity, to have a selfless heart.

It taxes you if you have money to pay for those who don’t. It takes public ownership of wealth-producing entities so that the profits benefit more than just a few shareholders. It assumes you won’t do the right thing and takes the choice out of your hands.

We are happy to take the choice as to whether you use pornography, hire a prostitute, marry someone of your own gender or build a mosque, regardless of whether you love or follow Christ.

But on the issues in which intervention might save lives and prevent physical suffering, we have a hands-off approach. Odd. Naïve.

Personally, I think the only philosophy more naïve than free-market capitalism in a post-globalization world is anarchism.

I have much sympathy with its ideals and orientation, but in a world where corporations are more powerful than governments and have so much influence over individuals, I have doubts about the likelihood of self-organizing communities providing a viable opposition to corporate power.

Frankly, I have doubts about them bothering. But that’s about as far as my opposition to anarchism goes.

Which is why I welcomed the humiliating climb-down on the part of the Metropolitan police in Great Britain as they retracted a call for people to report people with anarchist sympathies to their local police.

It’s not just that the police request was a terrifying step toward criminalizing a legitimate political philosophy (also called “direct democracy” and espoused by some of the world’s greatest philosophers).

It’s that I feel sorry for the Tories at the moment; they seem to be having such a hard time.

What if “small government” Tories and those dismantling public services were arrested for holding views that were “hostile to the state” and thrown in jail?

That would be just awful. Wouldn’t it?

Jonathan “Jontly” Langley works for a British mission agency and grew up in South Africa. He has interviewed missionaries, development professionals, global church leaders and beneficiaries of aid, both in the developing world and in the U.K., and writes for a number of Christian publications and blogs. 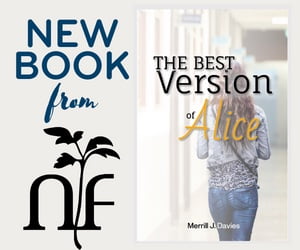