(RNS) Southern Baptists meeting in Phoenix adopted a plan Tuesday (June 14) to try to boost minorities in their top leadership posts as they face continuing reports of stagnant baptism rates and declining membership.
Members of the nation’s largest Protestant denomination backed the recommendation for intentionally including minorities as nominees for positions, speakers at the annual meeting, and staff recruited for its seminaries and mission boards.

Before the vote, Executive Committee President and CEO Frank Page acknowledged the need for “measurable information” to help Southern Baptists evaluate their progress on ethnic relations.

“I believe we are living in a day and time where there will be increased ethnic involvement and increased sensitivity to ethnic diversity within our convention,” Page pledged to the more than 4,000 Baptists at the Phoenix Convention Center.

“In the principle of honesty, I tell you we have not done as we ought.”

The move toward greater diversity comes as the predominantly white denomination grapples with a 2010 baptism rate that was down 5 percent from 2009 and a 0.15 percent drop in membership—the fourth consecutive year of decline.

The recommendation was the result of two years of study after a Korean pastor from Boston requested an examination of how ethnic churches and their leaders could be more actively involved.

On the convention floor, delegates (known as messengers) defeated a move to change the language of the statement to appoint convention leaders “who are the most gospel-minded regardless of their ethnic background.”

“If we keep the gospel as the center, everything else will follow and take place,” said Channing Kilgore, the Tennessee delegate who offered the amendment.

Others countered that the intentional language was necessary.

“We cannot any longer be a convention that is basically a white convention that anybody can come to,” said Pastor Jim Goforth, who leads a multicultural church in Florissant, Mo. “We must intentionally be a convention that reaches out to everyone, and until the stage looks like we want the pew to look like, it won’t be that way. It doesn’t happen by accident.”

SBC President Bryant Wright noted after the vote that the denomination was founded for two reasons—“one was bad, one was great”—the defense of slavery and sharing the gospel.

“It took us 150 years to come to our senses … and seek the forgiveness of God and to apologize with our African-American friends and to ask their forgiveness for the strain of racism all through our history,” he said. “But there’s a noble reason for which we were founded, and that is for the propagation of the gospel of Jesus Christ.”

In recent decades, the convention has passed 11 resolutions seeking “greater ethnic participation”—including a 1995 resolution apologizing for past defense of slavery—but church leaders deemed them insufficient.

“In spite of the Convention’s frequent affirmations expressing its desire to see greater ethnic involvement and participation in SBC life, the Convention has not adopted a consistent means by which it can ascertain participation of ethnic churches and church leaders in Convention life,” reads the report that led to the recommendation.

Dwight McKissic, a black Texas pastor who has called for the denomination to be more proactive on inclusiveness, said he stayed home this year because he got tired of the dearth of minorities on the platform at the annual meeting.

McKissic and other Southern Baptist leaders hope the moves toward diversity will include the election of New Orleans pastor Fred Luter, an African-American, as first vice president. But even if Luter is elected president next year, as many are speculating, McKissic said there will still be more to do.

“The SBC (will have) really dealt seriously with their racial issues and past when they put a minority person in charge” of a mission board or seminary, he said.

The Rev. David Lema Jr., a Cuba native and associate director of theological education for Florida Baptists, said the Executive Committee’s support for greater inclusiveness means the issue is no longer a matter of a “voice crying in the wilderness” but a more authoritative stance. 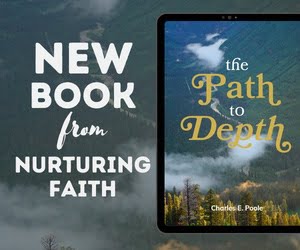