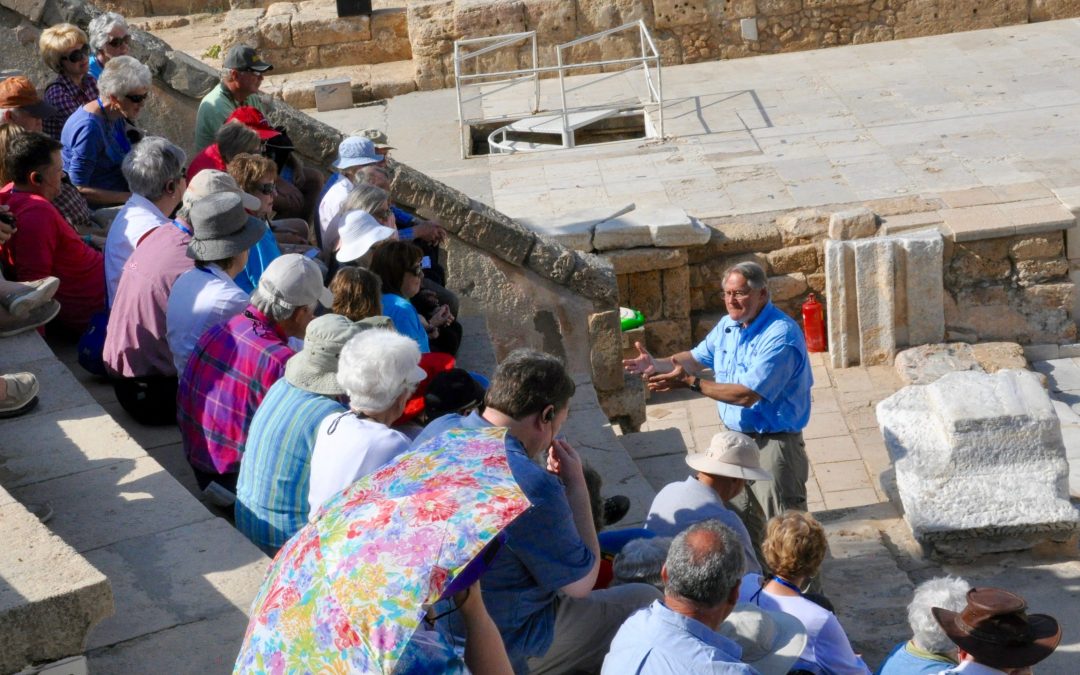 Though both Georgia boys who attended seminary at the same time and place, Tony Cartledge and I didn’t get acquainted until we both backed into second or third careers. (Tony taught school briefly before becoming a pastor.)

Though latecomers to the news business we discovered new gifts and many colleagues willing to teach us the ropes. But after a few years of settling into these new careers it was obvious that the continuing rise of fundamentalism would mean neither of us would retire from the Baptist state conventions that employed us.

That reality hit Georgia Baptists ahead of North Carolina Baptists. So my move to Baptists Today (now Nurturing Faith) kept me doing similar work but with the independence needed for honest journalism.

Once, while sharing a hotel room in Washington, D.C., at a meeting we both attended, I casually mentioned to Tony that if/when he makes another career move we should talk about his writing future. Ink gets in a writer’s veins.

He replied that he probably had a couple of more years before restrictions on editorial freedom would reach his desk. With more than two decades of pastoral ministry and a Ph.D. in Hebrew Scriptures from Duke University, I knew he had plenty of vocational options.

His two-year prediction of departure moved up to two months when offered a teaching position at Campbell University Divinity School, a reasonable rural drive from Tony’s home in Apex, N.C. He called to see if I still wanted to talk about doing some work together.

When I said, “Yes, definitely,” Tony had already identified a spot in Columbia, S.C., that was mid-point between his home and mine in Macon, Ga. Within days we settled into a Fuddruckers there to explore the possibilities.

The historic newspaper of Tarheel Baptists, Biblical Recorder, was a certain target of fundamentalist leaders. So we explored the idea of Tony writing North Carolina-based stories for Baptists Today — and possibly even creating a state edition.

As has been the case during my 17 years as editor of this autonomous, national news journal, my vision preceded the needed funding. Yet we left that scene where hamburgers were consumed and envisioning had occurred with a plan that was warmly received by our Board of Directors and the others needed to make it happen.

Executive Coordinator Larry Hovis and other leaders of the Cooperative Baptist Fellowship of North Carolina embraced the idea and have been a valued collaborator ever since. Churches throughout North Carolina increased their subscriptions to the point that approximately 30 percent of the publication’s circulation receives the state edition.

But there was more shifting to come — as flexibility is highly valued in a time of changing denominational life amid a changing culture. The biggest change came as result of a redesign of the news journal in 2010.

While serving as interim pastor of First Baptist Church of Chattanooga, Tenn., that year, I would greet members as they arrived for Sunday school. I noticed that each class seemed to be using a different curriculum.

One of our Baptists Today directors, Kathy Richardson, a journalism professor turned provost and now a college president, was conducting a reader’s survey at the time. I asked that she include a few questions regarding Bible study curriculum used and who makes the decision.

A resulting idea arose: What if we put a Bible study within the news journal (instead of commentary on another curriculum line) that is scholarly but applicable, follows lectionary texts to treat a larger swath of the Bible and connect with worship, and is written by Tony — the best Bible study writer I’ve known?

To my great joy, I caught Tony in a weak moment and he agreed to take on this task and shift (and enlarge) his work.

On the large sheet of paper where I was sketching out the new design, I penciled in: “Nurturing Faith Bible Studies by Tony Cartledge.” The words “Nurturing Faith” came out of nowhere, but seemed to fit well — and were later trademarked and eventually became the brand of all that Baptists Today, Inc., does including books and experiences.

It would be impossible to overstate all that Tony has contributed, and continues to do so, over the past 10 years to enhance the ministry of Nurturing Faith, or to express the deep appreciation I, and so many others, have for him.

Tony does far more than he is assigned. In addition to the superb weekly Bible studies and online teaching resources, he blogs regularly, writes other articles, proofreads each issue, and compiles previous studies (along with newly-written lessons) into the short-term Nurturing Faith Bible Study Series books. He also leads experiences to Israel and the West Bank along with other places.

An editor could not ask for anything more in a colleague who is so competent, so willing and such a good friend. And one who never, ever, ever misses a deadline!

So thanks for all you do, Tony. Here’s to another decade of informing and inspiring so many of us.