The 1 Thing You Need to Survive Church Difficulties: Trust

Three weeks into my time at the church, she sat in my office and said, “Dr. Kelsey, you are my pastor, and I will never oppose you in public. I will follow where you lead this church, but I will never trust you.”

She had found that pastors are not trustworthy.

Several years later, she called me on the phone and said, “I need you. Can you come over here?”

There had been a terrible tragedy in her family, one she never shared in honesty with anyone but her closest friend and me. She trusted me with this.

It was a great honor to be trusted in that way by a woman who had been betrayed before.

We worked well together over the years. She could be a bit assertive at times, but we were often allies as the church plotted its future.

As he handed me my last paycheck on my last Sunday at the church, the church leader said to me, “I’ve not gotten along with a minister in this place for 45 years, and I think they were glad to be finished with me when they left.”

He went on to say he and I had disagreed about many things church-wise but that he and I had gotten along well. He observed that we had been honest with each other, no surprises or games.

I replied I often had not agreed with him but that I had trusted him. In an inexplicable way, I felt him a friend; I did not put it to him quite that way.

We had been able to weather regular disagreement because we trusted each other, admittedly in a sometimes wary way on my part. As Ronald Reagan once said, “Trust but verify.”

I asked a pastor a straightforward question in a leadership meeting. I had been invited in to help them manage a conflict.

Before the pastor could answer, a lay leader blurted out, “Now don’t you lie pastor.”

In that moment, I knew nothing could be accomplished among these folks until we dealt with mistrust.

Trust is the most useful asset shared among a congregation and their leaders, both lay and clergy leaders.

If trust exists, a ministry partnership can survive the stress of tough finances, deteriorating buildings and declining membership. Conflicts over vision, theology and worship style can be weathered if trust undergirds the relationship.

Anxiety is the enemy of trust. When we feel anxious, we look for someone to blame, someone to whom we can transfer our anxiety.

When we are anxious, we live with a sense of threat, thus we do not give others the benefit of the doubt. We attribute to them the worst of motives. Trust comes harder in challenging times.

Tod Bolsinger, in his book, “Canoeing the Mountains: Christian Leadership in Uncharted Territory,” writes if a leader is not competent and reliable in working through familiar charted territory, people will not follow that leader into unfamiliar uncharted territory.

He goes on to say if trust is lost, the shared journey between the leader and congregation is over. “The irreducible minimum in leadership is trust.”

Trust is an essential asset when we try to lead people to new places and to do fresh things.

How does Bolsinger think a church leader, lay or ordained, builds trust? Consistent and congruent behavior is necessary.

Consistent behavior means we are the same person with the same values in every relationship and circumstance. This demonstrates a core to our character that makes us a reliable partner.

Good leaders also demonstrate congruent behavior. The way they treat people and live their lives is congruent with what they say.

They put their money where their mouths are. They speak about generosity and forgiveness and then live generously among others, forgiving them with regularity.

They do not only analyze the causes of homelessness, they ladle out soup in a food kitchen.

However, something must occur prior to all of that: The building of trust among leaders and between leaders and those whom they lead is primary.

Jesus spent three years preparing his followers to carry on after his departure. He was always the same person in every situation, living out of a consistent set of values. His behavior was congruent with what he said; he walked the walk.

We would do well to take his example to heart and set establishing trust as our first task as leaders.

With trust, we can weather any storm and face any challenge. Without it, we will stumble and fall.

Editor’s note: A version of this article first appeared on Kelsey’s blog, I’m Just Saying. It is used with permission. 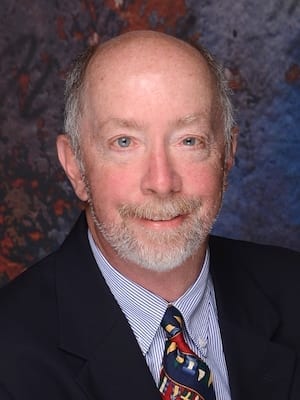