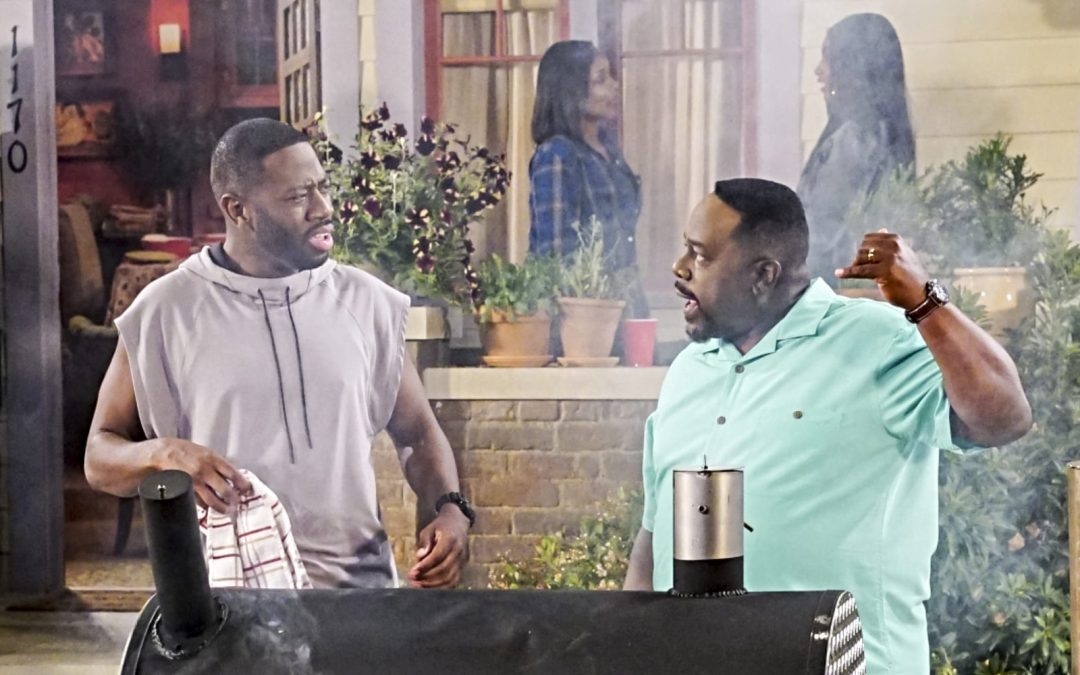 Sheaun McKinney, left, and Cedric the Entertainer star in ‘The Neighborhood’ on CBS. (Photo: CBS)

From late night talk shows to standup comedy, humor has long been an effective avenue for addressing serious topics.

Laughter has a way of disarming audiences, allowing them to hear perspectives they might otherwise overlook or dismiss too quickly due to ingrained preconceptions.

Watching the series premiere of “The Neighborhood,” a new CBS sitcom starring Cedric the Entertainer and Max Greenfield that airs on Monday nights at 8 ET (7 CT), reminded me of the power of comedy.

The show’s premise is simple: A white family (the Johnsons) moves from a small Michigan town to Los Angeles for work, purchasing a house in a predominantly black neighborhood near a school at which Gemma Johnson (Beth Behrs) is the new principal.

This leads to a series of comical encounters with their next-door neighbors (the Butlers) who are surprised by, and a bit suspicious of, the new neighbors.

The pilot focused on stereotypical attitudes and actions, approaching a farcical level at times, in order to make a series of important points that I imagine will be further explored in future episodes.

In one exchange about whether the Johnsons should attend the Butlers’ neighborhood barbecue due to Calvin Butler’s (Cedric the Entertainer) less-than-welcoming-attitude, cultural, community and family differences become the focal point of the conversation.

At one point, Marty Butler (Marcel Spears) asks the Johnsons, “What is it like where you come from?”

While spun as a joke, this is a vital inquiry when seeking to be in relationship – whether in one’s neighborhood, house of faith or other context – with those from different backgrounds, traditions, cultures and perspectives.

If we’re not willing to listen to each other’s stories and experiences, there is little hope for creating community.

Through the lens of comedy, “The Neighborhood” raises important questions about racism and race relations, community and diversity.

At several points during the episode, I paused the DVR to comment about how a joke seemed right on target in reflecting today’s attitudes and perspectives.

And while the laugh track seems a bit “on the nose” for a 2018 sitcom, as the credits rolled I told my wife that I couldn’t recall laughing out loud that frequently during a show for some time.

A brief disclaimer: I tend to avoid in-depth analysis when watching television shows and movies, preferring to “check out” a bit in the evenings after a day of reading more serious, and often troubling, global news.

I’m sure that others watching “The Neighborhood” might raise legitimate concerns with its content that I missed, and they will likely identify something I overlooked regarding ways the show’s approach to, or “take” on, an issue could have been refined or improved.

That being said, it was refreshing to see comedy used effectively to address serious issues of race and racism, diversity and inclusion, as well as what it involves, looks like and means to live together as neighbors, as communities, as humans.

As the episode concludes, Dave Johnson (Max Greenfield) is sharing with Malcolm Butler (Sheaun McKinney) about his hopes and dreams for community – in his new neighborhood and more broadly.

“This is going to sound corny, but I really believe that if people would just focus on what we have in common instead of how we’re different, we could solve so many of our problems,” Dave says.