True Loyalty Does Not Gloss Over Shortcomings

Anyone familiar with the life and writings of Simone Weil will, I am sure, agree that she was a woman of exceptional faith. She was also a woman with an unwavering commitment to the poor.
But, and this may seem anomalous, she was also exceptional and unwavering in a certain resistance she had toward the institutional church.

During her lifetime she longed for daily Eucharist, even as she resisted baptism and membership in the church.

Why? It wasn’t the church’s faults and failings that bothered her. She was a realist and accepted that every family and institution has its infidelities, flaws and sin. She had little problem forgiving the church for its shortcomings.

Her resistance to full genuflection within the institutional church had its root instead in a particular anxiety she felt before any social institution, that is, she saw how an uncritical patriotism or misguided loyalty often leaves individual members of an institution unable to see the sins and shortcomings within that institution.

For instance, fiercely patriotic citizens can be blind to the injustices done by their own countries and deeply pious people can be constrained by their loyalty to the church so as to turn a blind eye on the church’s faults, as was the case with many saints who supported the Crusades and the Inquisition.

Blind loyalty to country, church, family or anything else, Weil believed, becomes a form of idolatry. She’s right. Blind loyalty can easily become idolatry, despite its sincerity and high motives.

It might seem wrong to criticize loyalty, but we can be too loyal, loyal to the point where our loyalty blinds us from seeing the real harm sometimes being done by those to whom we are uncritically giving that loyalty.

We are all familiar with certain axioms that each in their own way would have loyalty trumping everything else:

â—     “A family’s dirty secrets need to remain inside the family; they’re nobody else’s business!”

But these axioms, with their naïve and uncritical call for loyalty to one’s own, are neither wise nor Christian. Both human wisdom and Christian discipleship call us to something deeper.

All families, all countries and all churches have their sins and shortcomings, but we show our love and loyalty when, instead of blinding our eyes to those faults, we instead challenge ourselves and everyone within that circle to look at and correct those sins and shortcomings.

We can learn lessons here from recovery and 12-step programs. What they have learned through years of experience in dealing with dysfunction of every kind is that the loving thing to do in the face of sickness, inside of any group or relationship, is to confront that pathology. To not confront it is to enable it.

Real love and real loyalty do not remain uncritical. They never say: “This is my family, my country or my church – right or wrong!”

Instead, when things are wrong, they tell us to show love and loyalty not by protecting our own but by confronting what’s wrong.

They loved their people and were fiercely loyal to their own religious tradition, but they were not so blindly loyal so as to be uncritical of the real faults inside that religious community.

They were never constrained by false loyalty so as to be blind to the sins within their own religious structures and remain muted in the face of those faults.

They never said of their religious tradition: “Love or leave it!” Instead, they said: “We need to change this – and we need to change it in the name of loyalty and love.”

Jesus followed in the same path. He was faithful and loyal to Judaism, but he was not silent in the face of its faults and wrongdoings in his time. In the name of love, he challenged everything that was wrong.

He taught, and taught strongly, that blind religious loyalty can be idolatry. He would be the last person to teach that loyalty and love mean never criticizing your own.

Indeed, he de-literalizes the meaning of family, country and church and asks us to understand these in a higher way.

He asks: “Who is my mother and who are my brothers and sisters?” And he goes on to say that these are not to be defined by biology, country or religious denomination.

Real family, he says, is made up by something else, namely, by those who hear the word of God and keep it, irrespective of biology, country or religion.

Consequently biology, country and religion must be criticized and opposed whenever they stand in the way of this deeper union in faith and justice.

Moreover, for him, genuine love and loyalty manifest themselves in a commitment to challenge things that are wrong, even when that means seeming to be disloyal to one’s own.

Ron Rolheiser is an Oblate Father who is serving as president of the Oblate School of Theology in San Antonio. A version of this column first appeared on his website and is used with his permission. He can be contacted through his website, RonRolheiser.com. 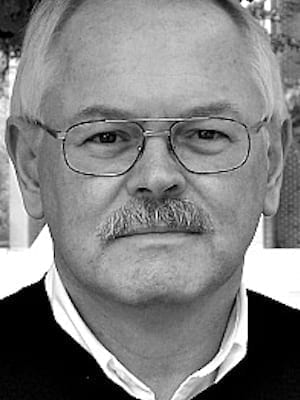 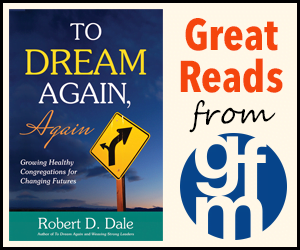