I hear it now and then. It invariably comes after a long day in an elementary school classroom, a day that seems like a year.
“If I didn’t have [student’s name], I could teach my class!”

You know the children who fill in the blank. They’re the ones who stand when you ask them to sit, talk when you ask for silence and play when you need them to work.

Marvin is one of those children. He is 9 years old.

One day he spilled out of his classroom with feet and arms flying everywhere and said, “Mr. Barton. I want you to have this! It’s a picture of me when I was little.”

I thanked him, told him I would treasure it and tucked the picture into my pocket. We went on our way to my classroom.

For the next 40 minutes, it was my opportunity to offer Marvin a treasure – teaching him to read.

At the end of the school day, I put my hands in my pockets and felt the crinkled edges of Marvin’s picture. I held it in my hands and looked at it in the silence of my empty classroom. In the photo, Marvin is standing in front of a wooden door.

The flash of the camera reflects off of the varnish in a way that looks like he just thought of a brilliant idea. On the back of the picture there is the No. 6 scribbled in pencil, marking his age at a particular time and place in the world.

Suddenly, I remembered a special moment at the end of class that day. We were lining up to go back to class, and I was saying, “Marvin, turn around … Marvin stop talking … Marvin be still …” for the umpteenth time.

The next day, near the end of his recess, I walked to the playground and called Marvin over to the monkey bars. We climbed to the top together. “Look, there’s a whale swimming in the deep blue sea,” I said.

“I see it!” he yelled, making broad, sweeping motions with his hands. “There’s water coming out of its spout!”

We spent the next five minutes creating a story about a whale in the sea in the clouds. My stand-up, talk-out, play-around student was writing a story with his active body and active brain.

It is said that when Galileo Galilei was a little boy, his fellow Pisans said, “He thinks differently but he has stars in his eyes.”

Maybe he was a stand-up, talk-out, play-around kid, too. No one gave up on him.

One day the bright light bulb came on above his head and he thought of a brilliant idea that helped us see the world in a deeper, more meaningful way.

I work with him every day. I’m not going to give up on him. He has lightning in his body and clouds in his eyes. I know there is a brilliant idea inside of him that will one day help us see more clearly.

Trevor Barton teaches second grade and is a member of First Baptist Church in Greenville, S.C. 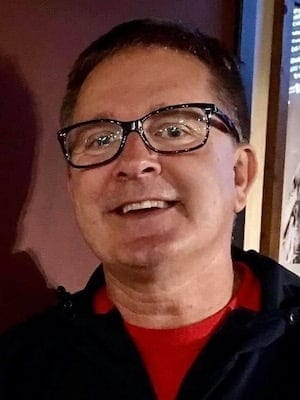