Virtue ethics offers a distinct approach to moral issues by concentrating on the character of social agents rather than an analysis of a particular dilemma.

The foundational principle is that the actions of virtuous people will be morally sound and noble in nature. The Christian faith has emphasized virtue ethics through the centuries.

A good example is found in the New Testament in Galatians 5:16-24, where Paul is addressing a number of small Christian congregations in the Roman province of Galatia (now a region of Turkey).

He is concerned to show that freedom in Christ should not lead to declining standards of moral conduct, and he offers a list of vices to be avoided: “Now the works of the flesh are obvious: fornication, impurity, licentiousness, idolatry, sorcery, enmities, strife, jealousy, anger, quarrels, dissensions, factions, envy, drunkenness, carousing and things like these. I am warning you, as I warned you before: those who do such things will not inherit the kingdom of God.”

Paul then turns to virtues to be cultivated by the followers of Jesus in Galatia: “By contrast, the fruit of the Spirit is love, joy, peace, patience, kindness, generosity, faithfulness, gentleness and self-control. There is no law against such things.”

We would better understand Paul’s moral advice if we were able to enter into the story of the city and the church.

However, we are at least able to grasp that the 15 vices are personally destructive and damage the newly formed communities of faith.

The nine virtues are “fruits of the Spirit” in the sense that God works in the lives of his people to nurture and cultivate these traits.

Faith requires a movement from vices to virtues. The Scriptures and church history bear witness to the challenges of living by virtues in settings of greed and violence.

One might think of St. Francis, who made a virtue of poverty in order to offer an alternate path in contrast with the affluence of society and the church.

Similarly, Maximilian Kolbe, a Polish Jesuit priest, exemplified the virtue of courage during World War II. He provided refuge for Jews in his monastery and, after being imprisoned in Auschwitz, offered to die in the place of a Jewish prisoner.

We could think of many other stories of virtue that inspire us to be better people and more dedicated followers of Jesus.

Virtue ethics is a distinct approach to morality, and I want to provide some general observations about the approach of virtue ethics:

We might say that this approach to ethics is concerned about the formation of character rather than the provision of rules.

2. Virtue ethics does not begin with the kind of questions that we usually ask when facing a moral dilemma.

What actions should we take? What outcomes would be ethically sound? What motives should guide our actions? These questions are secondary in the virtue ethics approach.

3. Virtue ethics places primary emphasis on the kind of people we should be in the process of becoming.

What character traits are noble and dignified in the context of a certain issue? A starting question might be: What values or virtues should I exemplify in relationship to others as we face this dilemma?

A particular virtue seldom stands on its own. A virtuous person displays multiple character positive traits in most situations.

People that are content or at peace with their lives may well have made painful and unpleasant sacrifices in order to faithfully live by their code of virtues. In other words, virtues may lead us toward pain and conflict.

Gordon King serves as Canadian Baptist Ministries’ resource specialist and is the author of “Seed Falling on Good Soil: Rooting our Lives in the Parables of Jesus.” A version of this article first appeared on his website and is used with permission. 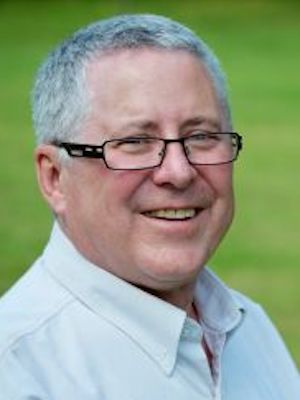 A sessional professor of Christian ethics at Ambrose Seminary, Calgary, Canada. Before retirement, he worked internationally for Canadian Baptist Ministries.