We Talk About But Rarely Practice Ethics

When I started teaching ethics 14 years ago, I was asked why teach ethics. I simply replied, “Those that can, do. Those that can’t, teach.” Well, it seems that some of our major universities have taken that axiom to heart.

On March 2, former Illinois Gov. Rod R. Blagojevich spoke to a group of more than 1,000 at Northwestern University in Evanston, Ill., about ethics in politics. The event was overshadowed by a deep sense of irony. Blagojevich was impeached and removed from office last year in the midst of political controversy, accusations of corruption and, most notably, the charge that he attempted to sell President Obama’s former Senate seat.

While all of this seems shocking to onlookers, it sounds familiar to the story of another former governor. Eliot Spitzer, who stepped down from his New York governorship in the midst of a prostitution scandal, spoke to the ethics forum at Harvard University in mid-November on morality and the government’s role in financial interventions.

Both of these events should force us to reflect on the state of moral education, for evangelicals and Baptists do not escape this logical contradiction of moral education either. For the last decade, theorists have watched the divorce rate and teen pregnancy rate among Southern evangelicals rise above that of the average population.

It boggles the mind that the religious groups that preach and teach about the importance of marital fidelity have an above-average divorce rate. In addition, teen pregnancy rates are highest in Southern states, where predominantly conservative Christians argue that sexuality should be restricted to marriage only. Why does behavior not reflect actual beliefs?

These contradictions should force ethicists and the public to recover our moral thinking. Blagojevich and Spitzer are not the problem. They are a reflection of the problem. We have developed a culture that praises moral discourse but is disconnected from moral practice.

A growing number of colleges and universities require all students to take ethics courses. Our medical and law schools impress the idea of moral thinking upon their graduates as foundational to those professions. But as the call for moral education grows, the gap between the theoretical and the practical is expanding.

We have a complex worldview that we prize and use to make meaning out of life. Unfortunately, we have lifestyles that are driven by pragmaticism, not our worldview. We think big thoughts, but they do not change our lives. Many live a functional life of “doublethink” and intellectual compartmentalization. This makes us prone to the same fate as the characters in “1984.”

Therefore, what should we do? Many will say that we need more education. As we have seen with many of the teenage abstinence programs, more education alone will not do. It might slow down the process a little, but we still have a giant gap between belief and behavior. The problem is not how much we know or our command of the rules of logic. The problem is that we are directing our energy to the wrong things.

Too often, we project our analytical skills into the world and talk about government, religion or the public sphere. While this approach can be useful for community thinking and public debate, it allows the individual to avoid ownership. Therefore, it is possible to say that society is immoral and forget that you are part of that society.

We treat the questions of abortion, euthanasia, capital punishment and fair trade as theoretical; they are debated as externals. We promote environmental ethics while driving SUVs, failing to see that each of us is part of the problem. We spend too much time focused outside of ourselves and miss our own moral contradiction. We have forgotten the words of Jesus:

We make the mistake of either failing to remove any moral error, or we fail to consider ourselves. Because we have not started with ourselves, we fail to take theoretical and practical ownership of morality. Therefore, the gap between belief and behavior continues to grow, calling us to apply our moral skills on our own lives.

Monty M. Self is the oncology chaplain for the Baptist Health Medical Center – Little Rock and an adjunct instructor of ethics at the University of Arkansas at Little Rock. 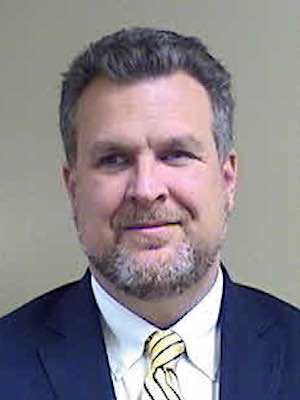