Why You Should Give Up Your Rights for the Gospel

The Apostle Paul presented a strong case that he and his fellow ministers had the right to be paid for their service.

In a letter written in the middle of the first century to Christians living in the Greek city of Corinth, he asked, “If we have sown spiritual good among you, is it too much if we reap your material benefits?” (1 Corinthians 9:11).

As someone who has collected many a paycheck from churches, I say, “Preach it, Brother Paul!”

But then Paul, as my father would have said, quit preaching and went to meddling. “Nevertheless, we have not made use of this right, but we endure anything rather than put an obstacle in the way of the gospel of Christ” (1 Corinthians: 9:12b).

He goes on to say that he has chosen personally not to claim his right. “What then is my reward?” he asks. “Just this: That in my proclamation I may make the gospel free of charge, so as not to make full use of my rights in the gospel” (1 Corinthians 9:18).

Did you catch that? Paul said that his reward was to give up some of his rights for the sake of the good news of Jesus Christ.

He didn’t insist on his rights if doing so might keep others from receiving the salvation he possessed.

In his letter to the Christians in Galatia, which was located in Asia Minor (modern-day Turkey), Paul wrote, “For you were called to freedom, brothers and sisters; only do not use your freedom as an opportunity for self-indulgence, but through love become slaves to one another. For the whole law is summed up in a single commandment, ‘You shall love your neighbor as yourself'” (Galatians 5:13-14).

It boils down to this: The Christian way is the way of love. And sometimes we show love by not insisting on our own rights.

I think a lot about what it means to be a Christian who is also a U.S. citizen. I understand that standing up for your rights is a basic virtue in our nation.

I also understand that giving up your rights for the sake of others is a basic Christian virtue.

I also understand that it can be difficult to practice both virtues simultaneously. I also recognize the problem of a potential slippery slope.

We can hardly help but think, “Yes, but if I don’t insist on this right, I’ll lose it. If we voluntarily compromise on a right, they’ll take it away completely.”

I, furthermore, believe that it is often our Christian duty to stand up for the rights of others, particularly those who are marginalized, dehumanized and oppressed.

Still, when I think about how to live as a Christian in the U.S., I find myself pondering the necessity of accepting some limitations on some of my rights if that’s what love for others compels me to do.

Michael Ruffin is curriculum editor with Smyth & Helwys Publishing in Macon, Georgia. A version of this column first appeared on his blog, On the Jericho Road, and is used with permission. You can follow him on Twitter @ruffinmichael. 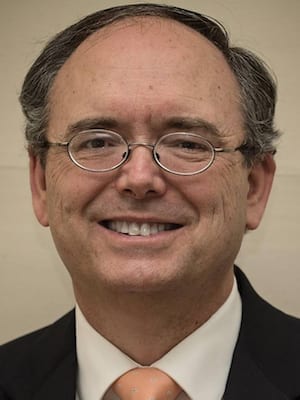