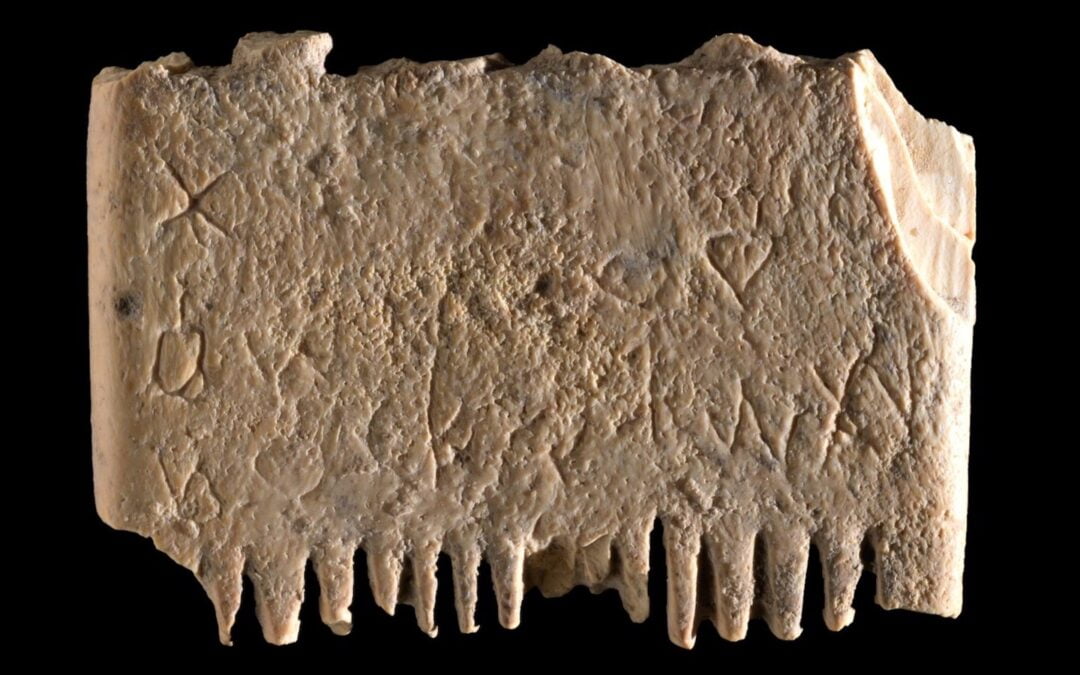 The past couple of weeks have been good for archaeology nerds, with several recent discoveries making news.

In Egypt, an archaeologist looking for Cleopatra’s tomb has found an artfully constructed stone tunnel described as a “geometric miracle,” according to an announcement from the Egyptian Ministry of Tourism and Antiquities.

Kathleen Martinez, of the University of Santa Domingo, has previously found coins stamped with images of Cleopatra and Alexander the Great in excavations at the temple of Tapozeris Magna, dedicated to Osiris, an Egyptian god associated with death.

A tunnel beneath a temple to Osiris near Alexandria, Egypt. (Credit: Egyptian Ministry of Tourism and Antiquities Press Release Photo / https://tinyurl.com/4cka6cux)

The newly discovered rock-cut tunnel, located west of Alexandria, runs up to 66 feet below the surface and is a staggering 4,281 feet long. That’s more than twice the length of a tunnel attributed to Hezekiah in Jerusalem, though it was used for the same purpose, to channel fresh water to the local population.

Cleopatra’s late first century BCE date feels like modern history compared to another important find. Most people, I suspect, are unaware that humans have lived in what we now think of as Israel/Palestine from the time hominins began to migrate from their origins in Africa.

“Hominin” refers to both modern humans and the now extinct species of our earliest ancestors. Evidence of modern human’s predecessors in Israel goes back millions of years, making Abraham a relative newcomer to the land.

Researchers associated with several universities and scientific organizations have concluded that the remains of a carp-like fish excavated near the shore of the ancient Hula Lake in northern Israel show evidence of being intentionally cooked – 780,000 years ago.

The lake, located along the Jordan River about 20 miles north of the Sea of Galilee, was largely drained in the 1950s and is now the size of a large pond, but it remains a vital stop for migrating waterfowl and a favorite spot for birdwatchers. In antiquity, early hunter-gatherers camped along the shore to harvest fish from its shallow waters.

The evidence of controlled cooking – as opposed to a fish accidentally falling into a fire – was reported November 14 in the online journal Nature Ecology and Evolution, and popularly reported the next day by Science Daily.

Researchers used an ingenious geochemical method to measure crystal formation in the enamel surface of pharyngeal teeth of the carp-like fish, which were found in abundance at the Gesher Benot Ya’aqov archaeological site. The size and shape of the crystals reflects the temperature at which the fish were heated. When exposed directly to fire, according to the researchers, the crystals are large, but at lower temperatures suitable for cooking, the crystals are smaller and differently shaped.

If accurate, the discovery suggests that some hominins developed methods of cooking an astounding 600,000 years earlier than previously thought. This is significant, because cooking breaks down nutrients in food, making them more readily available when eaten. The development of the large brain we now carry around is often attributed to the advent of cooking food, especially meat.

On a much more recent front, but one more interesting to me, linguists have deciphered the earliest known sentence in a primitive script that came to be used – through several developmental iterations – for Northwest Semitic languages including Canaanite, Phoenician, Moabite, and Hebrew.

A popular report appeared in The Times of Israel and elsewhere, based on an academic article published in Hebrew University’s online Jerusalem Journal of Archaeology 2: 76–119.

The inscription was found on the remains of a well-worn ivory comb with large teeth on one side to detangle hair (now broken off), and smaller teeth on the other, designed to weed out lice. The artifact was found in Lachish during the 2016 season of the Fourth Expedition to Lachish led by Yosef Garfinkel, Michael Hasel, and Martin Klingbeil, just a year after Susan and I dug with the expedition.

The small object, made from imported ivory and probably a gift to a high-status person, was found in a dump containing material from different periods. The lack of stratification makes it difficult to date, but the script points to around 1700 BCE. When found, the artifact was first put into a bone bag, then set aside for later study along with three other lice combs that had been found at Lachish.

It was only in 2021 that Madeleine Mumcuoglu, after previously studying the comb without noticing the script, used her iPhone to take a close-up photograph and discovered the shallow inscription. She alerted colleague Daniel Vainstub, and the game was on.

After painstaking work, the 17 pictographic letters were carefully compared to the few other known proto-Canaanite inscriptions – whose letter shapes vary widely – and deciphered to mean “May this tusk root out the lice of the hai[r and the] beard.”

The comb apparently did its job, as the remains of a louse nymph’s outer membrane, made of chitin, were found between the comb’s second and third teeth.

I usually take initial translations with a grain of salt, but eminent epigraphers including American Christopher Rollston, Israeli Haggai Misgav, and the French polymath Michael Langlois have affirmed both the accuracy of the translation and the significance of the find for the contribution it makes to the study of the alphabet.

It was this very system of pictographic writing that developed, primarily through the Phoenician iteration, into the alphabet used by English and other Latin-derived languages to this day.

The more things change, the more (in some ways) they stay the same. Parents still use a fine-toothed comb to remove lice and their nits from the hair of unfortunate children who manage to pick up an infestation.

And, when we writers scratch our heads while contemplating a difficult sentence, we’re using letters whose predecessors emerged nearly 4,000 years ago.