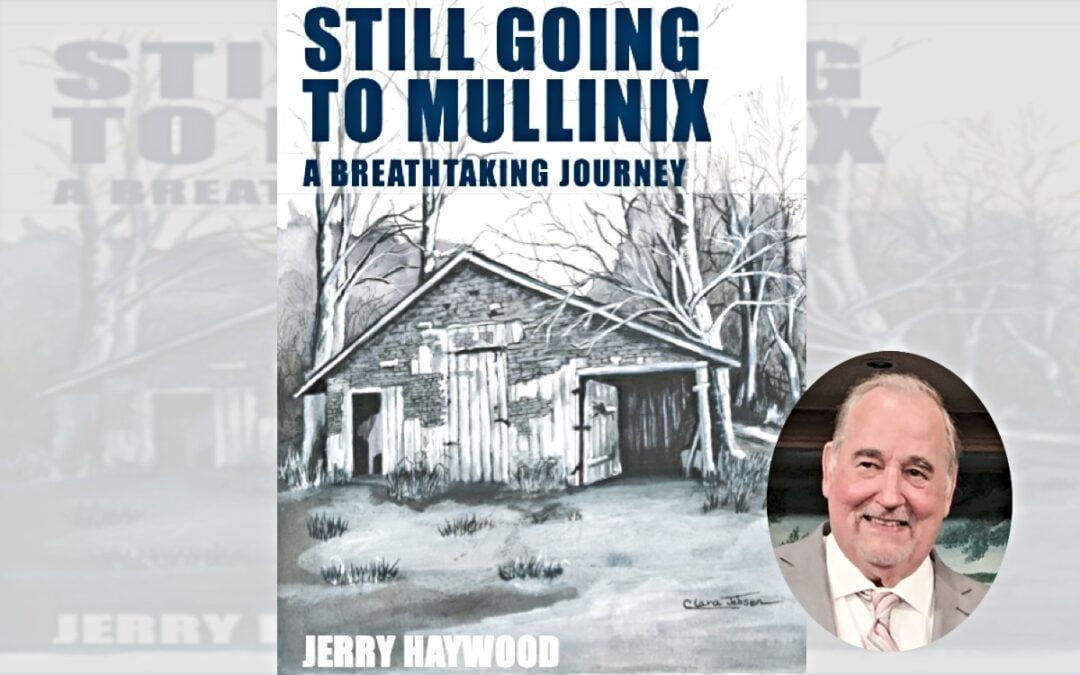 Pa-Pa always said he was “going to Mullinix” whenever someone asked him where he was heading, shares Jerry Haywood in the latest book from Nurturing Faith, the publishing imprint of Good Faith Media.

The phrase stayed with him, and Haywood “adopted ‘Mullinix’ as a symbol of that place of authentic discipleship to which serious followers of Christ aspire,” he explained in his first book, Going to Mullinix, published in 2018 by Nurturing Faith.

Haywood continues mining this concept in Still Going to Mullinix, as he invites readers to join him on a “breathtaking journey” filled with fun, suspense, interesting critters and intriguing people.

“I told stories in that first volume of people, critters and events, which I called ‘signs,’ giving direction to my journey,” he writes. “A pilgrimage like this is a step-by-step process and a lifelong challenge. Disappointment, discouragement and failure hide around every curve, lurk in every valley and poise atop every mountain.”

“In this book, I tell the stories of a new collection of people, critters and events that have ‘put heart back into me,’” he says. “Sometimes, these ‘signs’ were gentle nudges easy to miss unless I carefully exercised the ‘discipline of noticing.’ At other times, they were dramatic, unmistakable road markers along the journey toward the ‘full stature of Christ.’ All of them together, however, revealed God’s presence in such a way that it took my breath away.”

Haywood served as pastor of Walnut Hills Baptist Church in Williamsburg, Virginia, for 35 years, retiring in 2004. Since his retirement, he has served as both an intentional and traditional interim pastor in churches around the Williamsburg area where he and his wife, Jean, still live.

An e-book of Still Going to Mullinix will be available on Amazon (Kindle) and Barnes and Noble (Nook) within a few weeks.

Reflection and resources at the intersection of faith and culture through an inclusive Christian lens.