Four-in-Ten U.S. Protestant Pastors Considered Quitting in the Past Year 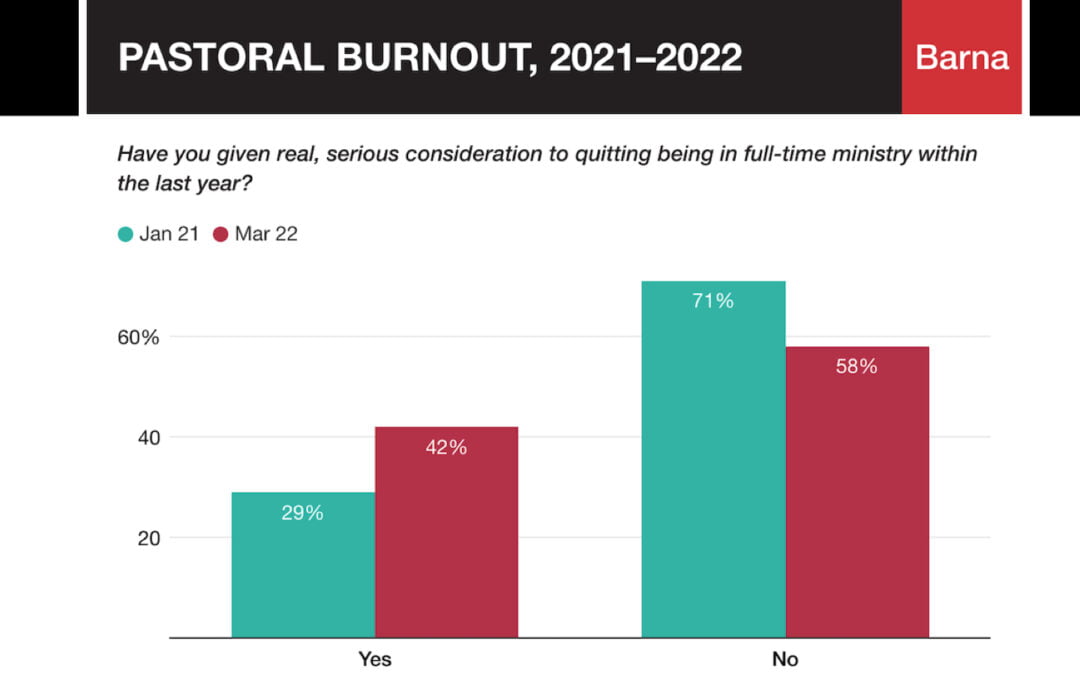 Nearly half (42%) of all U.S. Protestant pastors have considered leaving full-time ministry in the last year, according to a Barna Group report published April 27.

The leading reason was “the immense stress of the job,” with 56% of all respondents citing this as a cause for this consideration. By comparison, 43% cited loneliness / isolation and 38% political divisions.

Three other reasons were each cited by nearly a third (29%) of respondents: unhappiness with the job’s impact on their family, lack of optimism about their church’s future, and conflicts between their vision and the direction of the church.

Among the other responses provided, church decline was cited by 24% of respondents, lack of job satisfaction by 22% and not feeling respected by congregants by 21%.

For the 58% of Protestant pastors who have not considered a career change in the past year, job stress was the most commonly cited negative impact at 34%, closely followed by political divisions (32%).

Feeling lonely / isolated was cited by 18% as having a negative impact on their ministry, while 12% cited church decline and 10% the impact the role has on their family.

The pastors who haven’t contemplated leaving full-time ministry generally see their work as valuable (83% of respondents affirmed this view), sense a duty to fulfill their calling (75%) and are satisfied in their role (73%).

“Intense leadership challenges of the past two years — such as congregational divisions over the pandemic, politics, social unrest, and building digital ministry from scratch — continue to weigh heavily on pastors,” David Kinnaman, CEO of Barna Group, said in a press release announcing the report. “The toll is continuing to add up for pastors, who are essentially frontline spiritual workers. They need empathy and support as much as any time in the crises of the last two years.”

The full report is available here. The margin of error is plus or minus 3.6 percentage points.