How Teddy Roosevelt Prevented US from Becoming More Inclusive 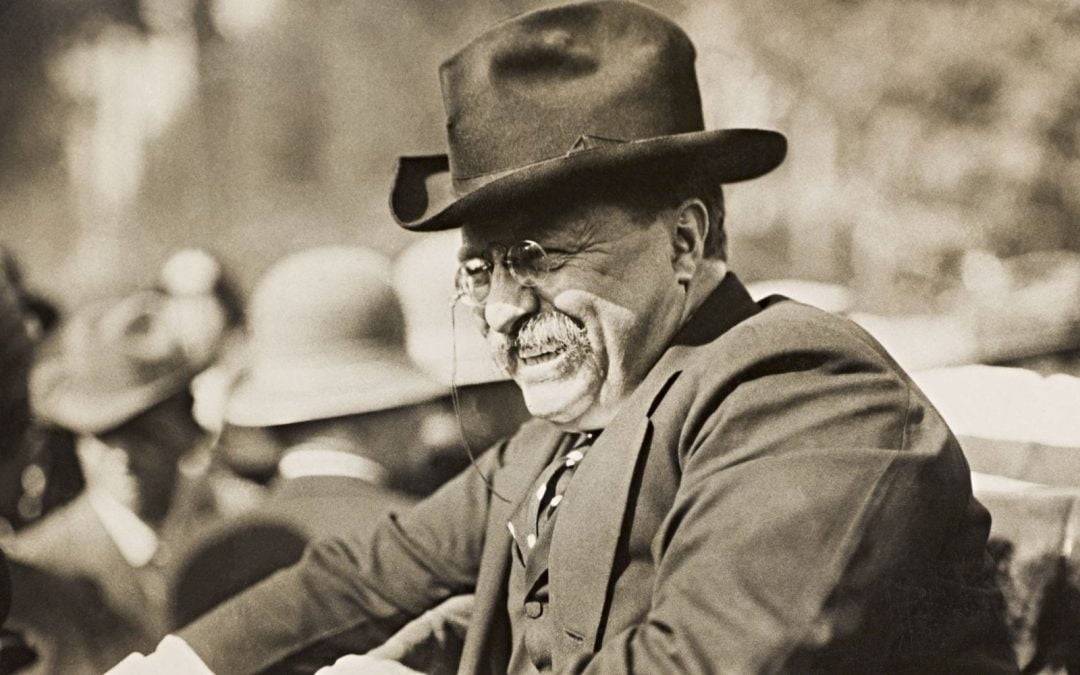 The famous statue of Teddy Roosevelt will be removed from the Museum of Natural History in New York City.

Why? And what can we learn from his terribly flawed worldview?

Demonstrations around the world are highlighting abuse by police and concerns for racial justice.

We are also discovering the desperate need for actually learning our history, deepening our understanding, expanding our dialogue, participating in repentance and working for change.

Each of these emerge against the intensely emotional backdrop of monuments and memorials around the country.

This was most poignantly evident with the decision to remove a statue of Teddy Roosevelt.

A swashbuckling Roosevelt on horseback epitomized the energy and conquering spirit of a rising nation.

Yet, having a Native American and African American in tow also personified a popular and widely believed perspective on race.

Roosevelt embodies the evolution of our current needs and perspectives. His life offers both the bold, optimistic zeal rising with the American experiment, along with a highly public but less discussed worldview.

It is this latter perspective that continues to be extraordinarily relevant.

Impetuous, egocentric and highly influenced by the ubiquitous Anglo-Saxon supremacy myth, Roosevelt secretly negotiated “deals” with the Japanese in 1905.

In Bradley’s assessment, Roosevelt’s subversive dealings with foreign powers outside the constraints of State Department and governmental oversight gave tacit permission, even encouragement, to the Japanese to take over the entire Korean peninsula for Japanese imperial oversight and exploitation.

Allegedly, Roosevelt hoped Japan’s Korean takeover would pave the way for speedy industrialization there, along with increased openness to Western (American) industry, and a ready market for American goods.

Roosevelt’s worldview at that time was that the white race was preeminent, and that white supremacy was self-evident: Asian, Slavic, Latino and African societies were seen as clearly inferior.

It was, therefore, the “White Man’s burden” to help them rise in order to be “taught” and ultimately exploited by Anglo-Saxon superiors.

Numerous speeches, letters and secret documents support Bradley’s premise: Roosevelt exhibited a worldview based on a fundamental understanding of white supremacy yielding a future controlled and run by Anglo-Saxon descendants.

His worldview largely reflected the perspectives of white America as a whole. The damage from both contributed to untold misery for countless people.

But Roosevelt evolved – and so would the country he struggled to represent.

In Candice Millard’s “The River of Doubt: Theodore Roosevelt’s Darkest Journey,” we hear of a different, more reflective Roosevelt.

Following his defeat in the 1912 election that undermined his Republican party and set the stage for Woodrow Wilson’s presidency, Roosevelt crashed.

Struggling with depression and desperately looking for an adventure that would revive his spirits and regenerate his carefully manufactured “Rough Rider” image, he settled upon a journey into the Amazon jungles of Brazil.

Doing so would change him – and almost kill him.

In Millard’s telling, Roosevelt’s courage, endurance, honor and emerging cultural appreciation stand in contrast with his narrow, bigoted view of non-white humanity in 1905. His learning occurs by meeting men of skill, courage and honor who were not white.

They also live with a wisdom and dignity that helps the former president view the world through different eyes.

His near-death and the risks these courageous “non-whites” endured to save him taught invaluable lessons.

Sadly, Roosevelt did little following his adventure to further the cause of race relations or to share overtly the clear lesson of racial equity and its potential for international cooperation.

In these strange and divisive days, our nation stands in need of similar reminders.

Roosevelt’s journey could have opened new arenas of understanding and broadened views of dignity and honor.

His new sense of equity and deeper appreciation of other cultures should have ushered in a more enlightened era of equality at home.

Yet, during and following Roosevelt’s adventures, Jim Crow laws in the southern United States increased in their scope and intensity.

In “The Warmth of Other Suns,” Isabel Wilkerson reminds us of a stunning fact: During the first decades of the 20th century, an average of four black men were killed in public every day in the south.

White people had total power. Lynching, burning and torture were ubiquitous, often for perceived slights and misinterpreted, misrepresented or misheard remarks from a black man to a white woman. The KKK terrorized the black community with impunity.

Meanwhile, statues of southern generals and Confederate leaders began to be erected.

This was less about honoring southern heroes and more about reasserting southern, white authority. The message to African Americans seemed to be: “We lost the war, but we still control you.”

The creation of these “monuments” increased in intensity and ubiquity during the very time Roosevelt was learning important lessons.

Roosevelt could have been a transformative catalyst of vision and hope, helping his nation to become a better, more open, inclusive and caring land.

Instead, we have reaped the whirlwind from long decades of tragic racial tensions, economic disparities and lack of racial justice.

Let us not waste the clear and present opportunities now afforded us in these important days. Let our voices and experiences speak.

Doing so might well facilitate the humble beginning of a more equitable society, an arena of compassion and understanding in our time so necessary for all time.