Praying for Peace, Preparing for Occupation

One of the largest Baptist Unions in Europe is preparing its congregations for years of occupation while fervently praying for peace.

Gathering together church leaders and political leaders, the Ukrainian Baptists have cried out to God, day after day, for peace in their region and freedom to worship.

They awoke on Feb. 24 to the reality of war across the whole breadth of their nation.

During the past eight years of conflict in the Donbass region, Baptist churches have been categorized as terrorist organizations, church buildings have been effectively closed through bureaucracy and endless risk assessments.

Now, Ukrainians fear the impact of war on their lives, liberty and religious freedom.

The Ukrainian Baptist Union is a large and effective union. They have planted 25 new churches in the last five years.

They have established a national network of foster homes to care for the orphans and most vulnerable children in the land. They have been carrying out humanitarian projects in East Ukraine to help the war victims.

They train pastors and evangelists, and they encourage Christians to get involved in local and national political leadership, effecting change at every level of society.

There is real fear at this time that this Baptist commitment to the establishment of a peaceful and progressive Ukraine puts Baptists in a place of greater risk if the invasion of Russian troops escalates and becomes an occupation.

Preparations have been made to stockpile food, clothing, fuel, water and cash in order to bring aid to the most vulnerable should this conflict lead to a partial or widespread invasion.

Churches are planning how they will act as centers of refuge and beacons of light. They are planning how to continue compassion ministries such as their fostering ministry which cares for over 1,200 children across the nation. They are also making plans to aid the evacuation and housing of displaced people from potential future occupied regions.

Solidarity has already been expressed by the global Baptist family through the recent visit to Kiev of Elijah Brown, Baptist World Alliance General Secretary. Future expressions of unity and compassion are likely to be demonstrated through the delivery of financial and physical aid.

The European Baptist Federation will be the lead partner in the global Baptist aid response which is prepared to respond to Ukrainian requests.

Preparation is also being made to support neighboring Baptist Unions who may well receive displaced Ukrainians in the near future.

However, the Ukrainian Baptist call to the believers scattered across the world is that we would not give up praying for peace and freedom in the borderlands and that the Lord will protect those who remain in Ukraine to serve the needy in such volatile times.

In Isaiah’s vision of the coming kingdom, he recognizes that the Lord “will judge between the nations and will settle disputes for many people.” Although we live in a time when the Kingdom of God has not yet come in its fullness, we can still pray for glimpses of this kingdom to be seen at this time.

We can pray with our Ukrainian brothers and sisters for the intervention of our Heavenly Father and the inbreaking of God’s kingdom at this moment in history to restore peace between nations.

The European Baptist Federation will be hosting weekly international prayer gatherings for the month of March, details will be available on EBF social media channels and website. 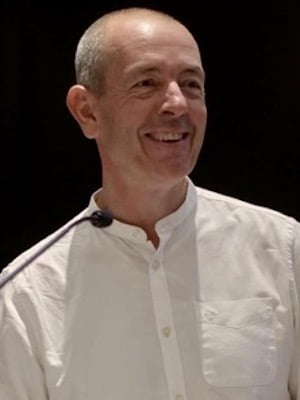