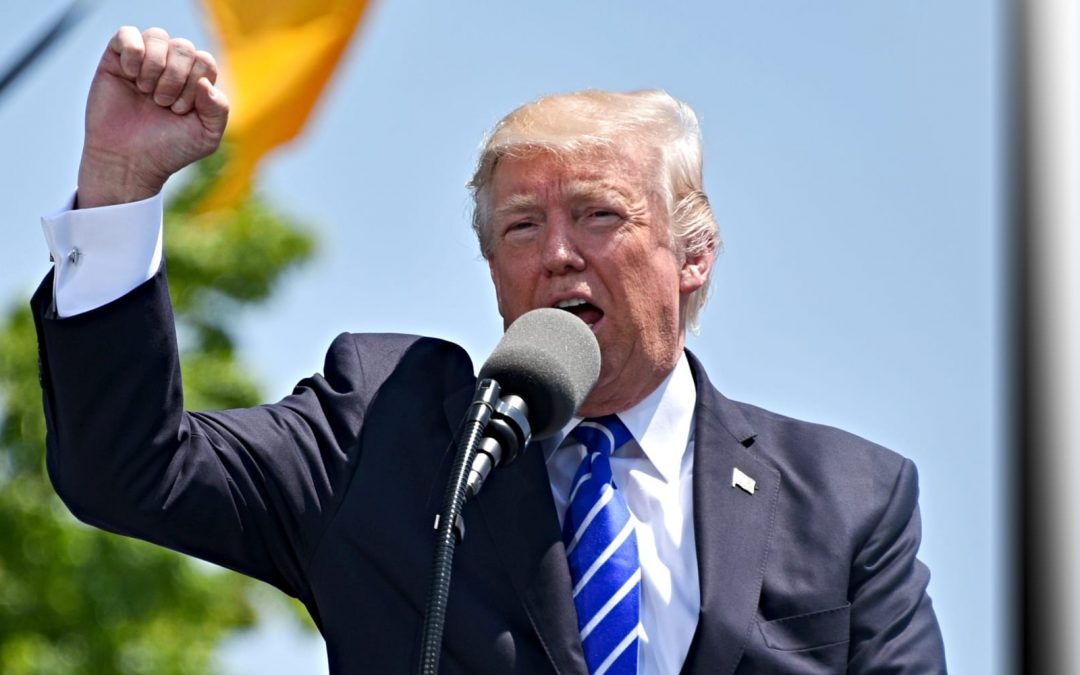 As Christians, we believe in love. Our most familiar text, John 3:16, is centered on love.

We know love to be unconditional. Romans 5:8 expresses this clearly. In Romans 12:9, love is described as “genuine” or “sincere.” There is a sense of honesty in this passage. Some scholars translate “genuine” as “without hypocrisy.”

I love Barack Obama. I voted for him in 2008 and 2012. I loved his heart, intentions, charisma and the way he connected with people.

I also loved many of his policies, including the economic stimulus package, the Affordable Care Act and his Supreme Court nominees.

However, this love is honest. I love him enough to be honest in my critique of him.

Anyone who has ever heard Jeremiah Wright’s preaching knows exactly what you are getting. His presentation is provocative and powerful.

The congregation describes itself as “unashamedly black and unapologetically Christian.”

For President Obama to suggest he never heard a sermon like the one the media blasted in 2008 is disingenuous at best; at worst, it reveals that he never regularly attended the church.

I also think President Obama spent too much of his time trying to cooperate with a group of people who had no intention of helping him be successful.

Their objectives were clear. This was not about ensuring the American people achieved successful and productive policy during President Obama’s tenure. It was about contaminating it as much as possible.

With millions of Americans depending on the benefits of the Affordable Care Act, the Republican Party intentionally sought to destroy it piece by piece.

Yes, the law has its shortcomings and is a work in progress. But the GOP made no effort to improve it so Americans without health care could benefit.

It also created a narrative that he was weak and wouldn’t follow through on international promises when he didn’t enact the promised military action after Syria used chemical weapons.

These are just a few of many critiques I have for Obama. I love him enough to not ignore his shortcomings and to also support his areas of strength.

This leads me to my issues with the unwavering support President Donald Trump has received from many conservative evangelicals.

I can’t even have a conversation with some of my more conservative friends because they refuse to be honest and are unwilling to offer any critique of Trump.

In their eyes, he has been the perfect president and has stood up for Christian values against the demonic and secular Democratic Party.

To be honest, Trump offends me and most people I know. With that said, I have to tell the truth.

As a black man, I have seen countless people suffer at the hands of law enforcement and the criminal justice system.

However, very little was accomplished in previous administrations to address this issue.

Congress passed the First Step Act, which was signed into law by President Trump on Dec. 21, 2018.

This legislation shortens sentences and implements job training as well as other programs for current inmates. Although there is more work to do, a major first step has been achieved.

I graduated with a master of divinity degree from the Morehouse School of Religion at the Interdenominational Theological Center.

President Trump signed a bill that permanently provides over $250 million to historically black colleges and universities. This was a bipartisan bill that was long overdue.

It provides a monumental investment into the educational journey for young African Americans.

These are strong accomplishments by the current president of the United States that benefit my people. I honestly acknowledge this.

With that said, this president has exhibited immoral behavior that has been detrimental to African Americans, immigrants, Christians and the nation as a whole.

Trump’s hostility toward immigrants has been on full display. Families have been broken up, children have been abandoned, human beings have been held in unsanitary conditions, and undocumented immigrants are afraid to come out for fear of deportation.

The Bible speaks specifically about how we should treat immigrants; President Trump’s policies, however, don’t exhibit the love and mercy we should be showing.

In addition, this administration’s attempt to build a wall with taxpayer money directly contradicts his campaign promise of Mexico paying the costs.

Trump has made thousands of false or misleading statements. Whether it is on Twitter, at a campaign rally or during an impromptu press conference, he has continued to lead listeners to believe repeated fabrications.

Race and ethnic relations continue to deteriorate. From Charlottesville to David Duke and back, Donald Trump has ingratiated himself to those that represent the worst of America.

Racists and nationalists love this president and have continued to support him.

In addition, the wealth disparities between African Americans and whites continue to expand.

In fact, President Trump’s tax plan has increased the gap between the rich and working class to even higher levels.

On the international stage, the United States abandoned allies in Turkey. Even Republican members of Congress implored the president to reverse course. Unfortunately, this move caused irreparable international damage.

The phone call to Ukraine was, in my view, an effort to connect foreign aid to assisting Trump in investigating his political opponent.

People with direct knowledge of the call have been prevented from testifying. And now we are in the midst of a political debacle.

What’s my point? Evangelicals have gotten a lot from President Trump.

The Supreme Court as well as the lower courts have been reshaped by his appointees. This could potentially lead to overturning legislation like Roe vs. Wade.

Evangelical leaders have been given unprecedented access to the White House. They’ve received promises that this administration will stand behind Christian business owners and continue to fight for religious freedom.

Despite these perceived benefits, I have a few questions for my evangelical brothers and sisters:

I’ll admit to President Trump’s accomplishments. I’ll give credit where credit is due.

I’m willing to be critical of President Obama and the Democratic Party. All I ask is for an honest critique in return.

Maybe 2020 provides us all with an opportunity to have a conversation after we’re all willing to tell the truth.

Senior pastor of Tabernacle Baptist Church in Burlington, New Jersey. Jones serves on the Good Faith Media governing board. He holds a Bachelor of Arts Degree from the University of California, Berkeley, a Master of Divinity from the Morehouse School of Religion at the Interdenominational Theological Center, and a Doctor of Ministry from Beeson Divinity School at Samford University.